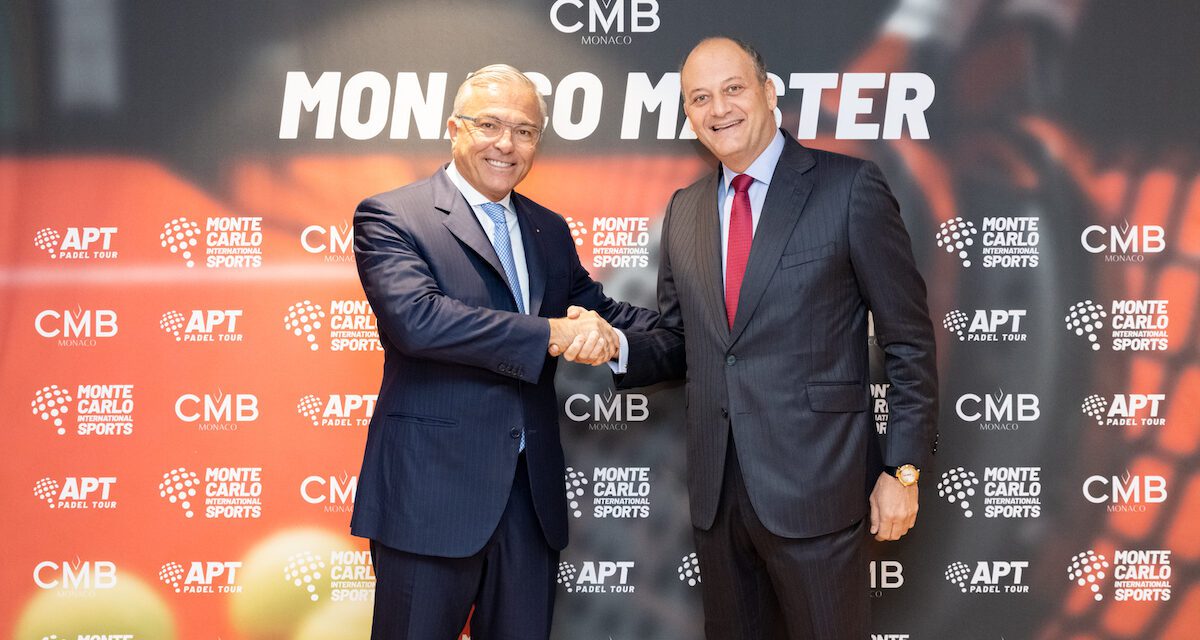 CMB Monaco has chosen to support the APT Monaco Master, the essential stop of the APT Padel Tour – which is the international padel circuit founded in 2020 by Fabrice Pastor.

Signed by Francesco Grosoli, CEO of CMB Monaco, and Fabrice Pastor, CEO of Monte-Carlo International Sports SARL, the partnership will run for three years. Thanking CMB Monaco “for its support”, Fabrice Pastor said: “We are honoured to have CMB Monaco as a sponsor of the Monaco leg of the APT Padel Tour for the next three years. We will join forces not only to extend the reach of Padel around the world, but also to engage with the sport’s enthusiasts in the Principality.”

Often described as a hybrid game between squash and tennis, padel is a fast growing racquet sport. Since 2020, it has recorded the strongest growth of any sport in France, with more than 300,000 amateur players. Born in the 1970s in Mexico, it has become a phenomenon in Spain with more than four million players.

After Spain, all of Europe is getting involved, as Fabrice Pastor, creator of the APT Padel Tour (which is becoming more and more established as the best padel tour in the world) had anticipated. In 2022 the tour has travelled to 14 cities, 11 countries and three continents. The 2022 edition of the APT Monaco Master took place on the terraces of the Casino and contributed to the visibility of this sport in the Principality.

A craze that is here to stay, as Francesco Grosoli explains: “We are facing a key trend that will certainly last. Just as we try to be at the forefront of what is being done in terms of investments for our clients, we also pay close attention to other sectors, including the sports world. Padel will be THE sport in the years to come”.

More information will be communicated on the 2023 edition of the tournament in the Principality.