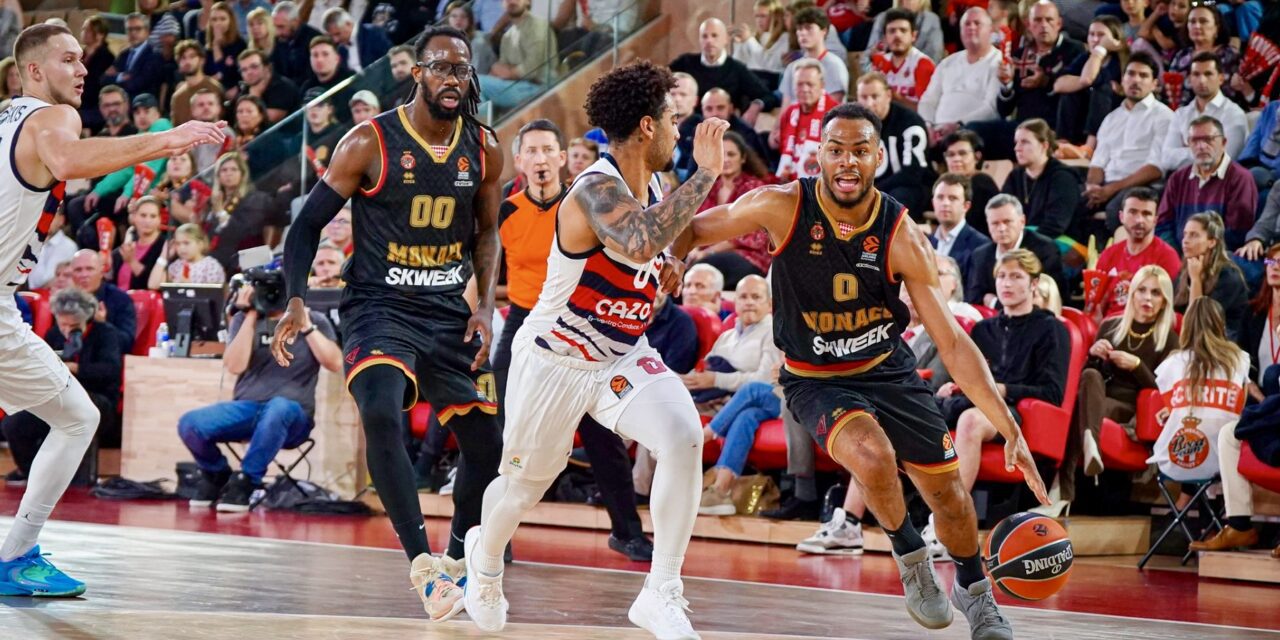 The Roca Team put on a show in their EuroLeague game against Spanish side Saski Baskonia, keeping supporters in the Salle Gaston Medecin on the edge of their seats as the lead changed hands throughout the evening on Friday, November 18.

Having lost the previous EuroLeague away game against Valencia by a slim margin, Sasa Obradovic and his men were able to turn their fortunes around by winning by that same five point difference against their Spanish visitors, winning by 79-74 points.

Thanks to some silky ball movement and a couple of clutch long range shots from Yakuba Ouattara, the Roca Team finished the first half of the game ahead by just 48-45 points. However, Baskonia brought their best game to the court upon emerging from the locker room, scoring 18 points to the Roca Team’s 10.

With two minutes to go in the fourth quarter and the scoreline tied at 71-71, Monaco forward John Brown put Monaco ahead by two points with a lay-up, and from there the Monegasques accelerated away from their visitors and on to 79-74 win to remain undefeated at home.

The Roca Team currently stand in third place in the EuroLeague table, and will be facing first place Fenerbahce in the Salle Gaston Medecin again on Tuesday, November 22.