Marie Antoinette’s furniture up for auction in Paris 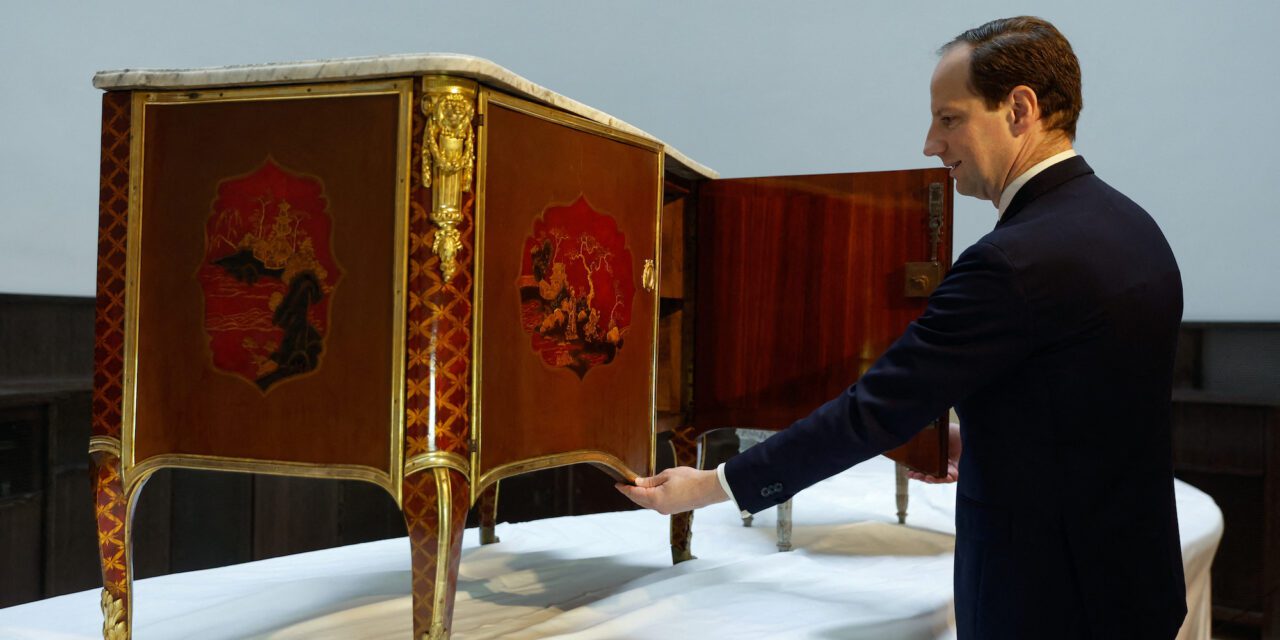 PARIS (Reuters) – Two pieces of furniture formerly owned by France’s Queen Marie Antoinette are set to go to auction on November 22 in Paris.

“These pieces have always been important and considered as such throughout the centuries, so even without their origin and royal dimension in mind, they were admired and liked,” said Christie’s France vice-president Simon de Monicault.

The chest of drawers with Chinese-inspired designs and rare metal parts was made for then queen-to-be Marie Antoinette in 1770, when she first arrived in France as a 15-year-old.

“We can imagine that she was still a rather lost future monarch. She would marry the soon-to-be Louis XVI that year.”

The chair was the last royal order placed by the then queen, before she was overthrown during the French Revolution and later executed at age 37.

Last year, a pair of diamond bracelets which also belonged to the former Queen were sold at auction in Switzerland for $8.18 million, several times the pre-sale estimate.