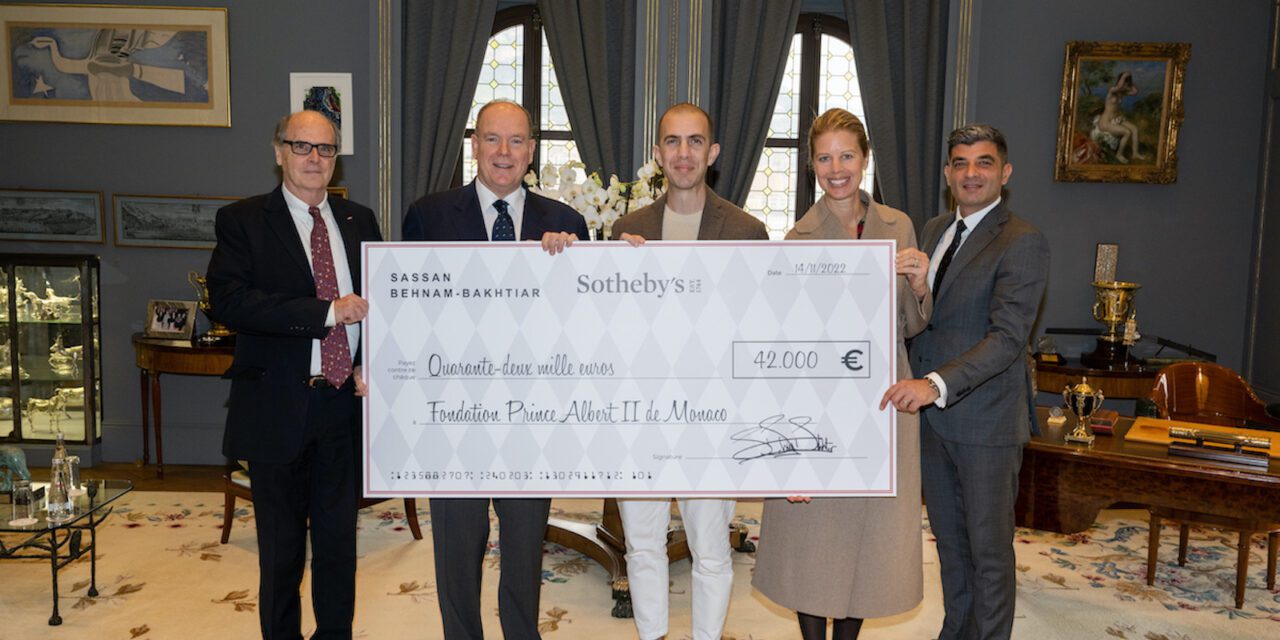 The money was raised during a charity auction hosted by Sassan Bahnam-Bakhtiar at the Grand Hotel du Cap Ferrat in September.

Louise Grether, Director of Sotheby’s Monaco, told NEWS.MC: “We auctioned one lot, a painting painted by Sassan to live music by the rap artist Tinie Tempah.”

Pierre Mothes was the auctioneer.