Death announced of Monaco’s Ambassador to Council of Europe 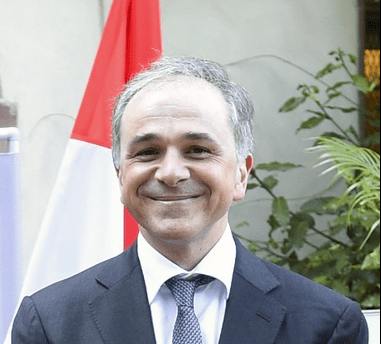 The Government has announced, with deep emotion and immense sadness, the death of His Excellency Rémi Mortier, Ambassador and Permanent Representative of the Principality of Monaco to the Council of Europe in Strasbourg.

“Taken by illness at the age of 54, this servant of the State was unanimously acknowledged for his great sense of the general interest, his dedication to the service of Monegasque diplomacy and his affability which he showed in all circumstances. Beyond his undeniable professional qualities, Ambassador Rémi Mortier leaves behind the memory of a respected and warm personality, benevolent and attentive to others,” the Government said on Wednesday, November 9l

“HSH the Sovereign Prince and the Prince’s Government would like to send their most sincere and sad condolences to his wife, children and family.”