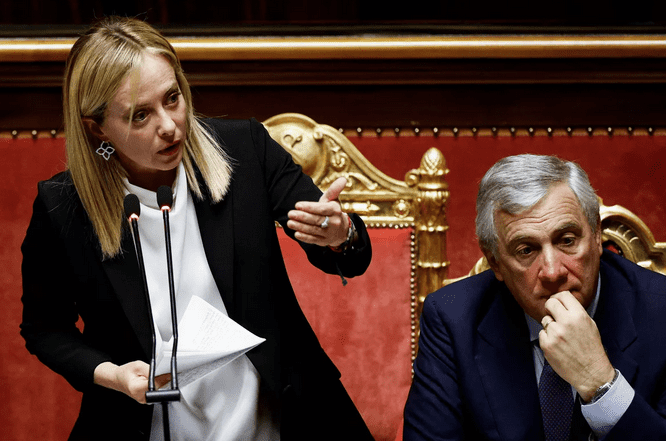 WITH REUTERS The Ocean Viking migrant rescue ship should dock in Italian waters as per international maritime laws and Rome’s refusal to let it do so – which has caused the ship to head to France – is “unacceptable”, the French government said on Wednesday, November 9.

“Italy has a responsibility to welcome these people,” government spokesperson Olivier Veran told France Info radio.
“The Italian attitude is … unacceptable. Italy must play its role,” he added.

The Ocean Viking that picked up the migrants is registered in France.

The government of Georgia Meloni placed the control of illegal immigration at the centre of its platform in the recent elections that saw her Brothers of Italy party sweep the polls alongside two other parties that oppose virtually unrestricted immigration.

Meanwhile, Veran said diplomatic talks were underway between France and Italy to try to resolve the fate of the ship, which is carrying more than 200 people.