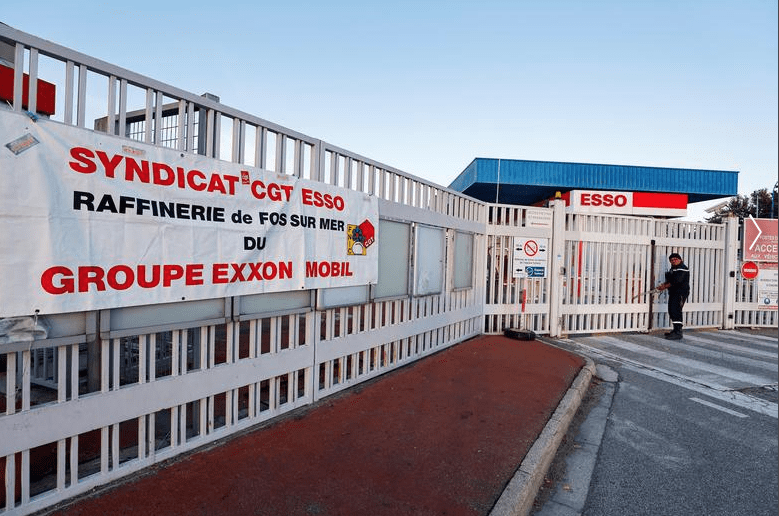 The resumption of deliveries from the Esso-ExxonMobil refinery at Fos-sur-Mer in the Bouches du Rhone, announced on Thursday, is likely to lead to a considerable but slow improvement in supplies to filling stations in the south-east of France, including the Alpes-Maritimes.

Fos-sur-Mer is one of eight refineries in France. The strike at the Esso-ExxonMobil at Gravenchon-Port-Jérôme refinery in the north of France continues. In the Occitanie region further west all train tickets will cost one euro on Saturday and Sunday.

The strike is also set to continue at all the affected TotalEnergies refineries.

A banner of CGT union is placed as people gather during a TotalEnergies and Esso ExxonMobil workers’ protest outside Esso refinery in Fos-Sur-Mer, France October 11, 2022. REUTERS/Eric Gaillard