How France is forcing striking fuel staff back to work 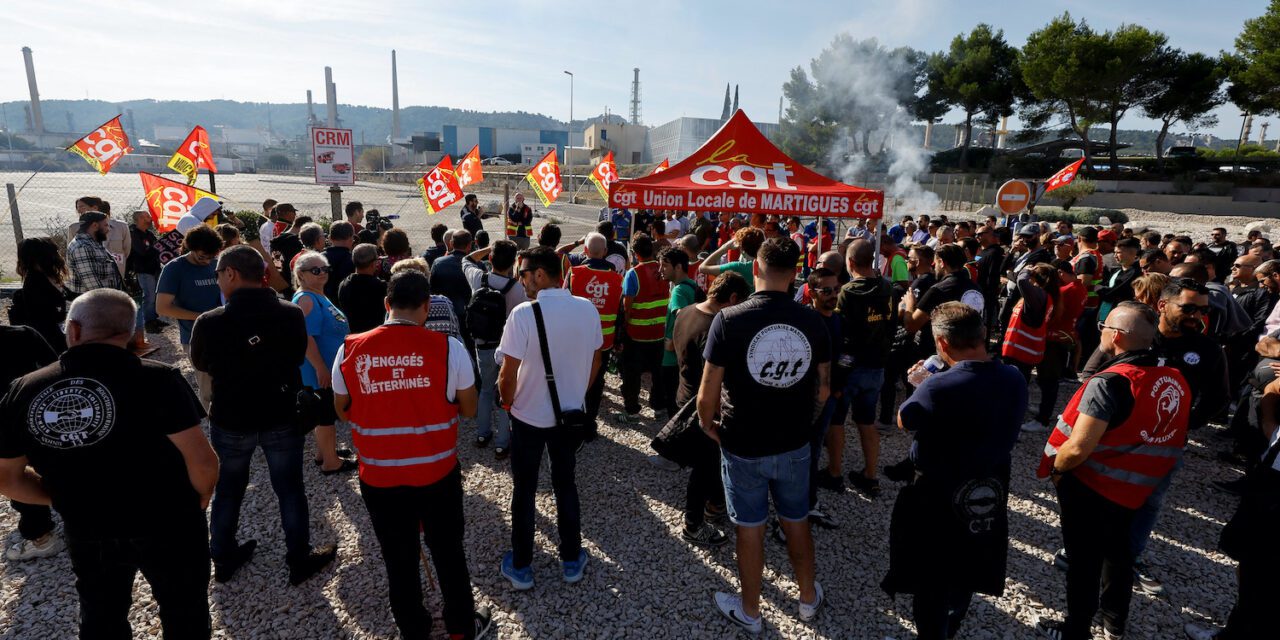 HOW CAN THE FRENCH GOVERNMENT ORDER STRIKING FUEL STAFF BACK TO WORK?

Though the right to strike is a constitutional one, it can be regulated. According to the local authorities law, the state’s local representative (prefect) can “requisition any property or service, require any person necessary” to maintain public order, hygiene, tranquillity and safety.

Staff requisitions can only target the minimum workers needed to sustain a service operation.

On Tuesday, Prime Minister Elisabeth Borne said she had asked the prefects to requisition the personnel needed for the functioning of depots run by Exxon Mobil’s Esso France unit.

Walkouts and unplanned maintenance at refineries run by oil majors TotalEnergies and Exxon Mobil have forced more than 60% of France’s refining capacity offline and blocked distribution from fuel depots, leading to shortages at some petrol stations.

“We want this situation to change fast,” Borne told the lower house of parliament on Tuesday.

HOW DO THE REQUISITION ORDERS IMPACT WORKERS?

Once employees are notified of a requisition order, they have to comply, or they could face up to six months in prison and a 10,000-euro ($9,700) fine.

“Requisition orders are very rare, very exceptional,” said labour lawyer Zoran Illic, who often represents workers’ unions. “I don’t know one lawyer who would advise an employee to refuse to comply with a requisition order, because the consequences would be too serious.”

But workers can refuse the order if their physical condition doesn’t allow them to work, in an equivalent to sick leave.

They can also contest the orders by taking them to an administrative court, challenging their legitimacy.

The CGT union, which remains on strike despite an agreement between management and other unions over pay at the Esso site, said it would challenge the requisition notifications in court once it had received them.

HAS IT HAPPENED BEFORE?

The CGT union took the case to an administrative judge, who suspended the requisitions orders. The court considered they were disproportionate, and seriously and illegally infringed on the workers’ right to strike.