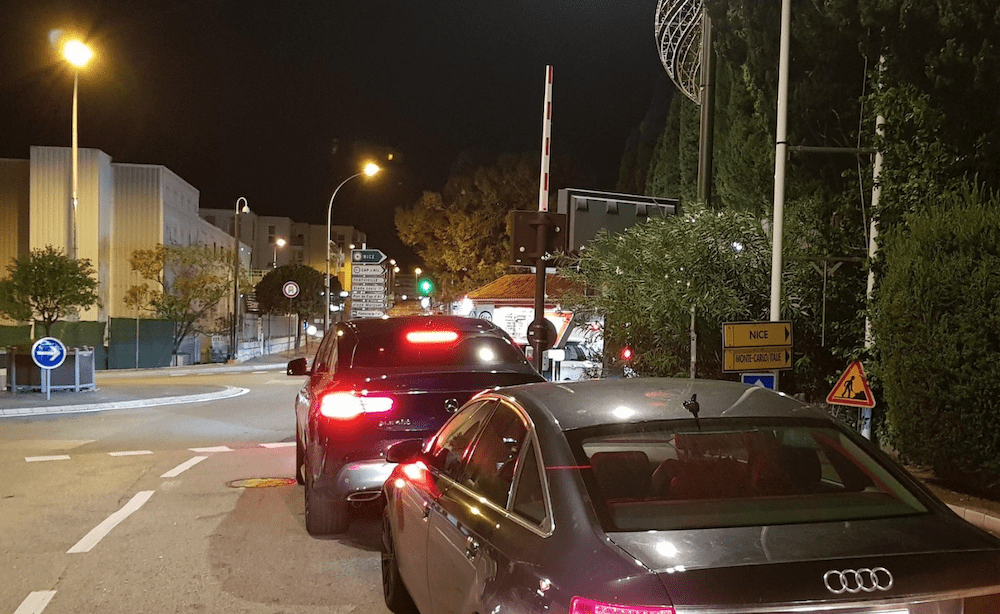 Almost one in three filling stations in France were still experiencing shortages of at least one type of fuel on Wednesday, although a very slight improvement was noted.

Some tanker deliveries continue to make it to the forecourt, although many stations run out quickly despite rationing drivers to 25 or 30 euros worth of fuel.

In the Monaco area there were queues of traffic outside the large TotalEnergies station on Moyenne Corniche on Wednesday, causing congestion tailing back into the Rainier III tunnel.

Speaking on France 2 TV on Wednesday evening, President Macron said that he had called on the former Communist CGT union to “let the country function.” He said that he expected a return to normal during the coming week.

PHOTO: The queue outside the Esso filling station on the border with Cap d’Ail at 23.30 on Tuesday, October 11. (Provided by reader)