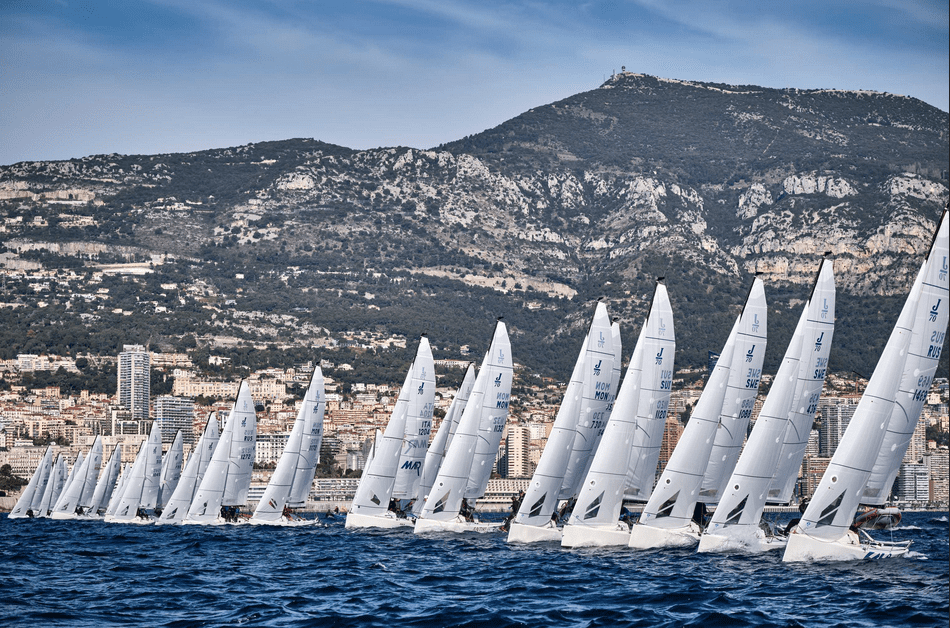 In a few days, 90 teams from 23 nations will be descending on the Principality for the J/70 World Championship being organised for the first time by Yacht Club de Monaco.

The event – scheduled for October 14 to 22 –  is being held in partnership with the Monegasque Sailing Federation, FxPro, Xerjoff and technical sports clothing brand Slam which is supplying garments for all crew members on the podium, as it has been doing for the Primo Cup for over 30 years.

Monaco can expect to find 400 experienced sailors roaming the quays, including YCM’s Vice-President and founder of Team Malizia, Pierre Casiraghi who will be sailing alongside Jean-Baptiste Bernaz, current ILCA 7 World Champion: “It’s always an honour to host such prestigious regattas in Monaco. For me it’s a real pleasure but also a challenge to compete with the best and represent my Club,” Pierre Casiraghi said.

Among the 90 crews are World Champions in this class, such as Luis Bugallo, Marshall King, Ian Wilson, Peter Duncan, Jud Smith and Paul Ward. Alongside are stars on the European scene set to put up a fight with the likes of Italian Luca Domenici, the Dane José María Torcida Seghers and British sailor Jonathan Calascione.

Most teams comprise well-known professionals, men like Pietro Sibello in charge of the mainsail on the Italian Challenger Luna Rossa at the last America’s Cup.

Anglo-Saxons will be out in force with a dozen American boats and no fewer than seven British teams. Nine Monaco teams complete the fleet, including favourites Ludovico Fassitelli (Junda), bronze medallist at the last European Championship in the Corinthian (amateur) category and Loïc Pompée (Sailing Racing Team), 5th in the 2021 European Championship. Pierrik Devic (Leonteq), Stefano Roberti (Piccinina), Giangiacomo Serena di Lapigio (G-Spot), Ferdinando Matteo Scandolera (Irruenza) and Cesare Gabasio (TinnJ70) will be flying the flag high, as will Anne Rodelato and her crew on Pink Wave, the Principality’s only all-female team at the event.

All are members of Yacht Club de Monaco and the Monaco J/70 Class Association and earned their places at the qualifiers during the last Monaco Sportsboat Winter Series (2021/2022). No doubt they will be pulling out every stop to win at home.