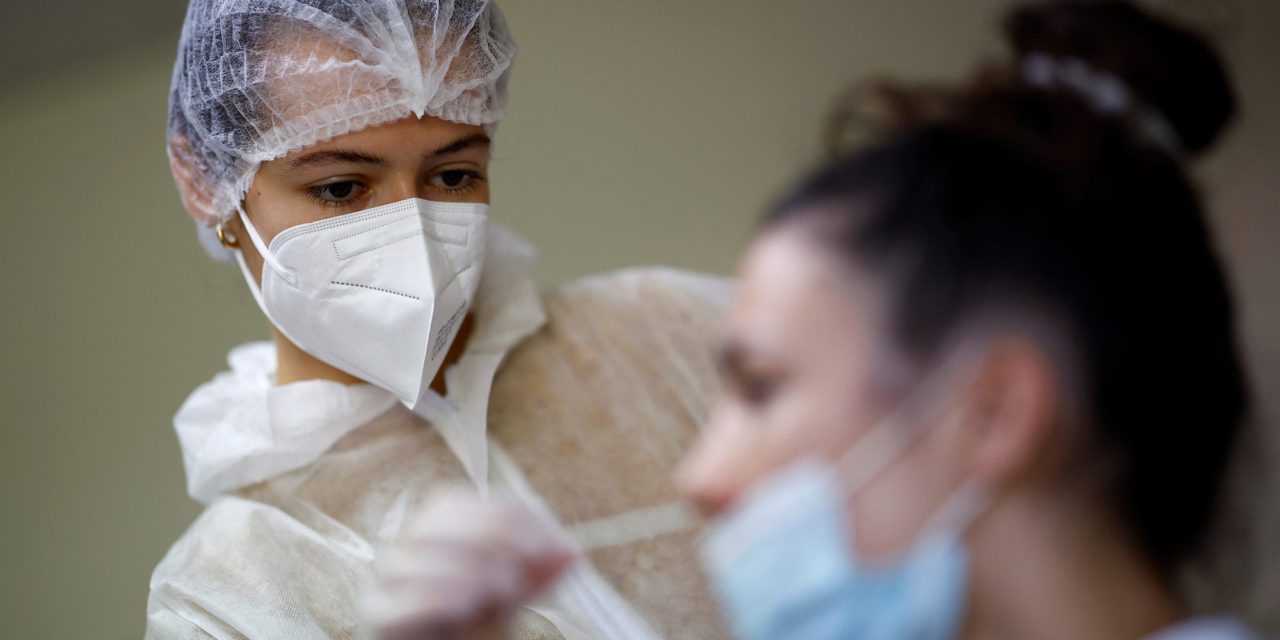 The benchmark incidence rate in the Principality rose to 235 per 100,000 population as of Sunday, October 9, from 197 one week earlier.

Three residents were being treated for coronavirus symptoms at Princess Grace Hospital on Sunday, compared to just one seven days earlier.

During the week 92 new cases were detected, while on Sunday 37 residents with mild symptoms were recovering at home.

In the neighbouring Alps-Maritimes the incidence rate was 354 on October 4, higher than in Monaco but lower than the average for France, which was above 500 on the same date.

The consensus among medical professionals is that the so-called eighth wave will be moderate, rather than severe, despite the emergence of new variants.

FILE PHOTO: Testing for coronavirus in France in July Reuters