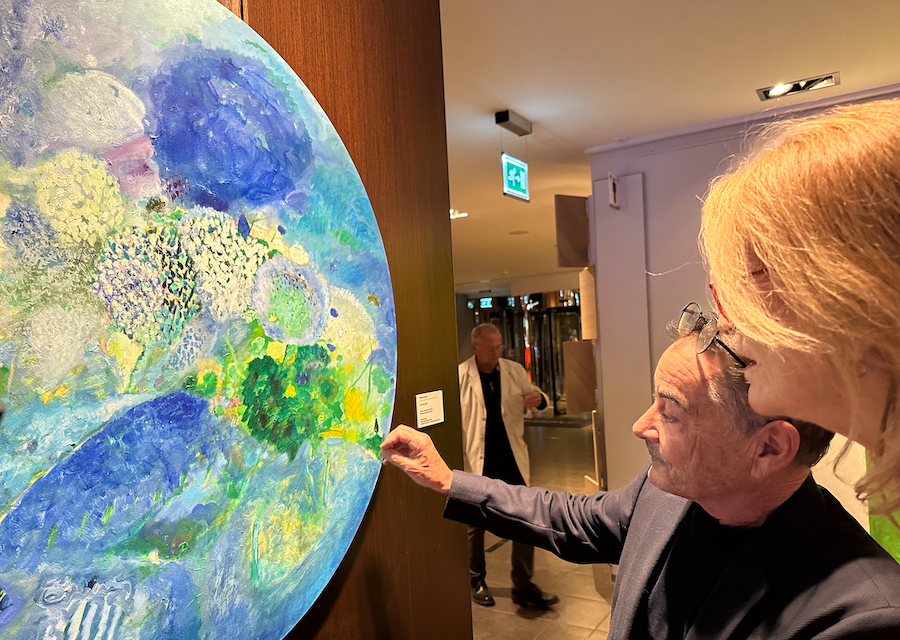 Patrick Lanneau first started as a student at the city of Tours Fine Arts school, then at the Villa Arson, in Nice. There, he and a group of artists founded L’Atelier in 1979. He moved to Paris in 1985 and settled at the FRIGO, 91 Quai de la Gare, where he was to stay and work for 15 years. Since those early times, he was encouraged and even collected by the French artist Ben.

Working in his studio in the Peillon valley inland from Nice, Patrick paints the changing seasons and changing weather.

In a recent interview he said: “In what I see, what surrounds me, everything has become a play of shapes, curves, angles and dots of color, in perpetual motion without beginning or end. It’s a world where there is neither beauty, nor ugliness. Color and drawing tend to make reality an abstraction. As in music where the sounds of the instruments revolve in space to form a composition, color unites what is separated. The question is not what we choose: the palm trees… but it can be the antenna on the house, the house opposite… What matters (is) how we paint it.”

The exhibition is directly accessible in the lobby and continues until January 4.

PHOTO: The artist points to a detail in one of his works Martina Brodie