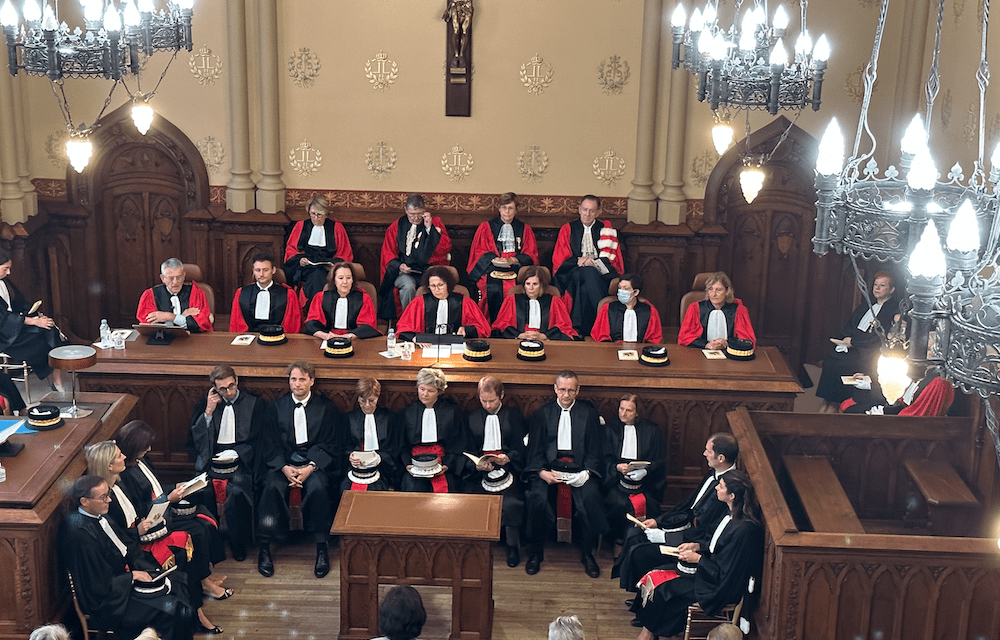 Mme Francoise Carracha, in the role of First President of the Court of Appeal, presided over the annual ceremony that marks the beginning of the Monegasque judicial year on Monday, October 3.

Present in the courthouse on the Rock were Minister of State Pierre Dartout, other Government ministers, and many prominent personalities of the Principality.

Several important changes have been incorporated into judicial procedures in order to make them more modern and speedier, including the obligation of legal representation in front of a Tribunal of First Instance.

Changes have taken place that represent an evolution not a revolution, Mme Carracha said.

Monaco continues to adjust its procedures to European norms and standards.