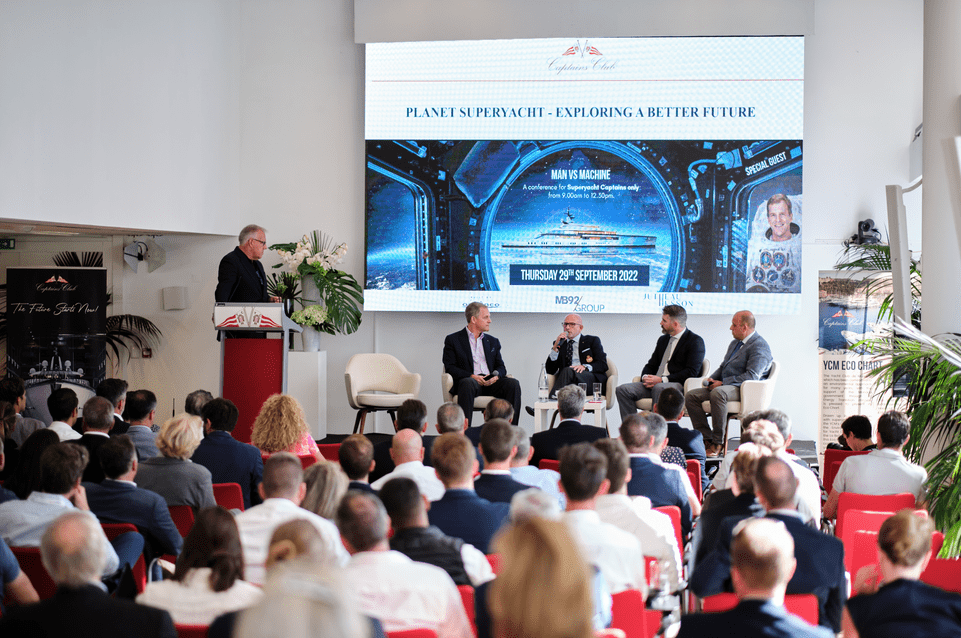 The day after the traditional Owners Lunch, attended by 90 guests, it was the turn of superyacht captains attending the 26th Captains’ Forum, organised by the Captains’ Club, bringing together 150 captains holding a 3000 certificate, working on superyachts flying the YCM flag.

Special guest was Scott E. Parazynski, former NASA astronaut who drew similarities between the two worlds: “Monaco is the capital of yachting, just like Houston is for space missions,” said Parazynski. “There’s so many corollaries between deep sea yachting and space flight, it’s a very committing environment to be offshore with just the resources that you and your team have. Going to space requires a certain type of preparation. There has to be a balance. You have to be very calm while being extremely focused. It is the same for the captains when they go to sea. I feel some sort of kinship with them because they address many of the same type of problems we face in space,” he explained.

A more virtuous future and a more sustainable industry were some of the key topics being discussed. The only way to successfully go in one direction is to facilitate exchanges between clients, owners, shipyards, architects and designers so they work together on new innovative ideas.

“The more people can understand our oceans, the more people we get to experience the oceans and understand the fragility of the ecosystem, the better the planet will be. So by getting young people involved, showing them the beauty, the majesty and the fragility of our planet through yachting, it’s something we need to endorse,” underlined Parazynski .

The change comes through the human factor and younger people. “The yachting industry,” said Craig Coker, captain on M/Y Skyfall (58m), “used to be a job for a lot of people but it’s now a career and we have to bring younger people up and show them what it can potentially be. People now are looking for somewhere to belong, somewhere where they can move up, somewhere where they can develop themselves as a career.” As many leave the industry without having persevered, “you have to give them the opportunity to grow,” Coker pointed out. All the captains agreed new generations need a goal, not just a process to follow: “We mustn’t forget that we are also training tomorrow’s managers,” concluded Dan Smith, M/Y Savannah (84m).

Over a hundred of these attended the event, organised in partnership with Jutheau Husson and Oceanco. MB92 Group wanted to join the latter two in the Captains’ Club, keen to strengthen its collaboration with YCM and its emphasis on networking as a link with these professionals who have a pivotal role to play in the yachting chain. This Captains’ Forum raised the debate bar high in thinking way outside the box.