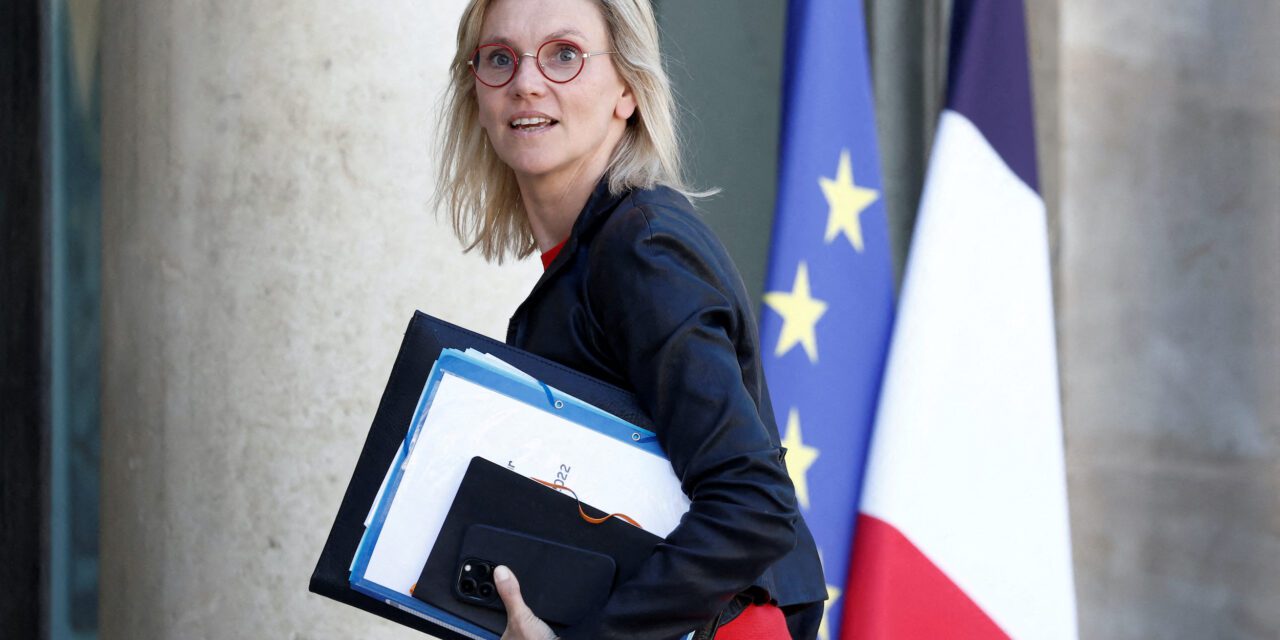 PARIS (Reuters) – France is well prepared to get through this winter despite the energy crisis stemming from the war in Ukraine as it has now filled its strategic gas reserves at their maximum level, Energy Minister Agnes Pannier-Runacher said on Tuesday.

“Today we have reached the maximum level for our gas reserves (…) These gas stocks represent 50 percent of our winter consumption, so we are in the best conditions to go through the winter,” Pannier-Runacher told CNews television.

Meanwhile, France is reactivating a disused pipeline in its northeastern Moselle administrative department, originally built for east-to-west flows, to send Germany gas under an energy deal unveiled by President Emmanuel Macron, according to French officials.

France will be able to deliver 130 gigawatt hours (GWh) per day, a tiny fraction of German needs, French energy ministry officials have previously said, while Germany will be ready to provide France power in the event of tight supplies mid-winter.

Macron is under pressure to shore up France’s power imports, with the country’s state-run power giant EDF grappling with a record number of nuclear reactor outages that are aggravating Europe’s energy crisis.

For its part, Germany has been at the sharp end of Russian cuts to European gas supplies, resulting in worries that persistently low Russian volumes could lead to winter shortages.

Europe’s leaders have talked up the need for present a united front against the fallout from Russia’s actions.

“Macron is under pressure because of the electricity situation in France. So the signal ‘Germany and France support each other’ is important,” a German government source told Reuters.

“We do not expect that France will solve our gas problems. But every possible delivery of gas is a sign to the markets that we will pull through the winter.”

The reactivated interconnector will allow France to deliver Germany up to 20 terawatt hours (TWh) of gas from its reserves over the winter – equivalent to roughly 2% of the gas needs of Europe’s largest economy.

Before the war in Ukraine and the cuts to Russian deliveries, gas typically flowed from east to west across the continent.
France already delivers some gas to Germany, typically via Belgium or Switzerland. West-to-east flows through the Moselle interconnector would be a first, one French energy ministry said.

“Germany needs our gas and we need power from the rest of Europe, notably Germany,” Macron told a news conference after a phone call on Monday with German Chancellor Olaf Scholz.

French and German technocrats were working to overcome small technical matters and regulatory issues related to ordorants, a French energy ministry official said. France adds odorants to gas before it is piped across the country, while Germany does not.
“It will happen,” the energy official said of the pipeline reactivation.

Reporting by Caroline Pailliez and Elizabeth Pineau in Paris and Andreas Rinke in Berlin; Writing by Richard Lough; Editing by Jan Harvey