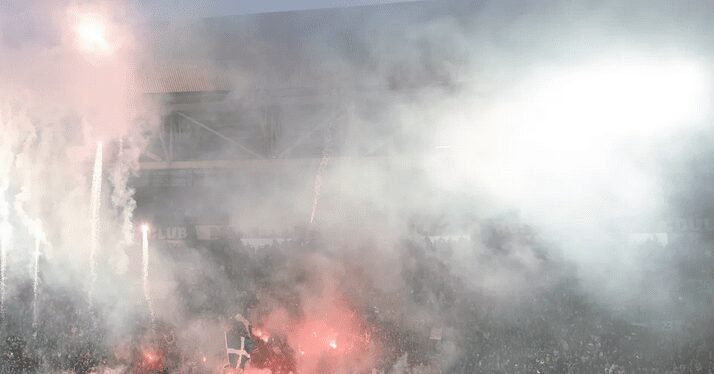 An investigation has been launched into a serious incident at the Geoffroy-Guichard stadium as AS Monaco visited Saint Etienne for a Ligue 1 game. It was the second and more serious incident, as fireworks in the 45th minute prompted a warning to fans that went unheeded in the second half.

When the visitors were 3-1 ahead in the 67th minute, smoke bombs and fireworks were lit by Green Angels home supporters and the game was suspended for 30 minutes. After it restarted Monaco pressed home their advantage, winning 4-1, with goals from Ben Yedder (23rd minute), Volland (25), Kolodziejczak (OG) and Boadu (77).