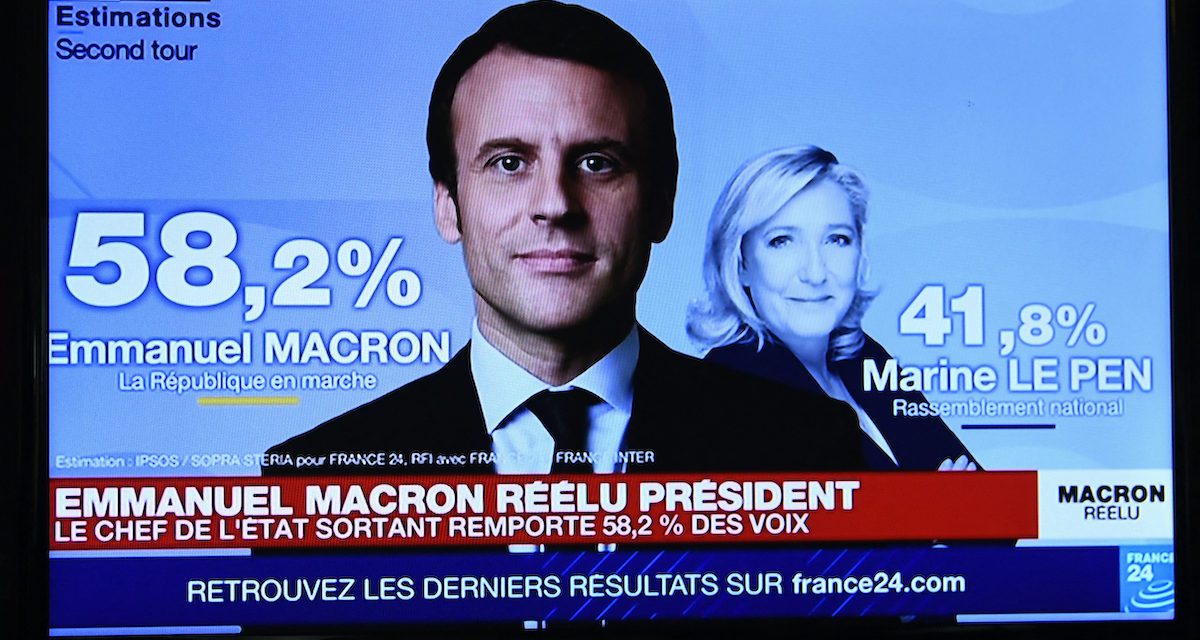 PARIS (Reuters) – French President Emmanuel Macron defeated his far-right rival Marine Le Pen by a comfortable margin in Sunday’s election, early projections by four pollsters showed, securing a second term and heading off what would have been a political earthquake.

The first projections by Ifop, Elabe, Opinionway and Ipsos showed Macron securing 58.2%-57.6 of the vote. Ahead of the vote, polls had suggested Macron would win with 56%.

A TV screen shows the early results in the second round of the 2022 French presidential election are published, in Paris, France, April 24, 2022. REUTERS/Piroschka Van De Wouw