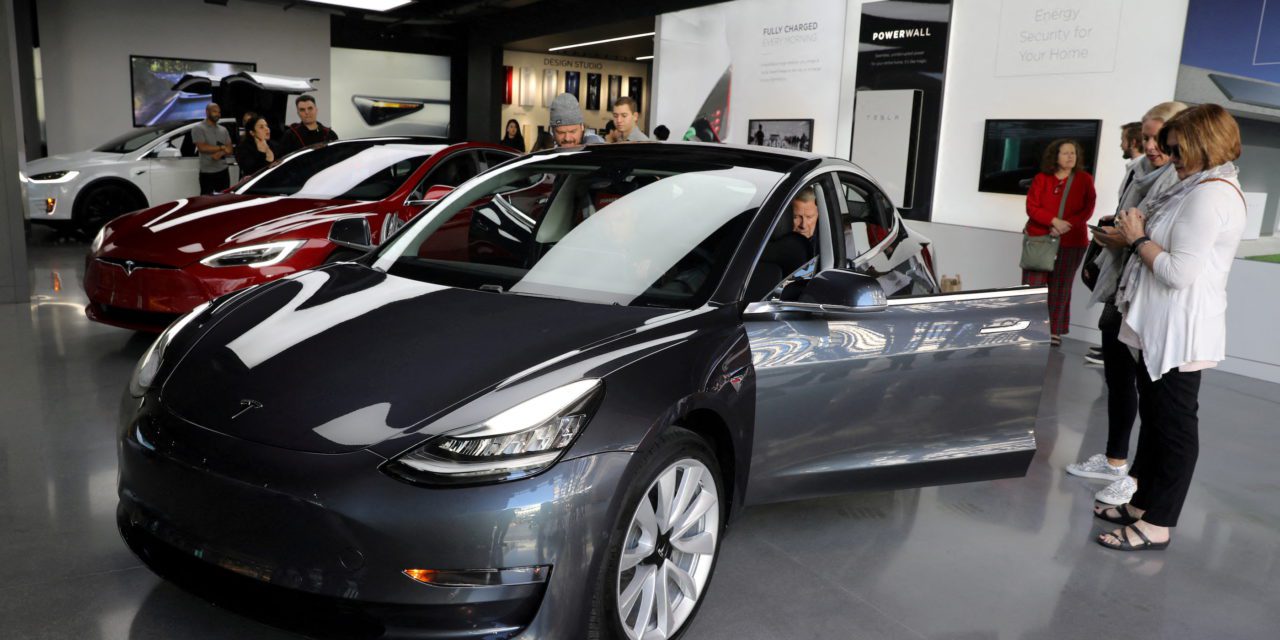 PARIS (Reuters) – Sales of new electrified vehicles in France overtook petrol-powered equivalents for the first time in the first quarter, a major milestone for lower-emission vehicles amid high prices at petrol pumps and government subsidies for electrified models.

Overall, French new car sales fell in the first quarter and recorded their tenth straight month of declines with an almost 20% drop in March, as the auto industry struggles to with supply chain issues including a global shortage of semiconductor chips.

Sales of fully electric and hybrid models accounted for nearly 40% of new car sales, versus 38.3% for conventional petrol models, according to industry data provided by the Plateforme automobile (PFA).

A spokesperson for the PFA said due to uncertainty over the war in Ukraine and shortages of some components, it was not possible to provide a forecast for French new car sales in 2022.

Adding in diesel model sales’ market share of 16.5% in the first quarter, pure combustion engine models are still in the majority.

But this is a sea change in auto sales, as electrified vehicles were a niche market just three years ago.

The top-selling electric car in France in March was Tesla’s mass-market Model 3, followed by the Dacia Spring from Renault and the Peugeot 208 from Stellantis.

French car sales were down 17.3% in the first quarter.

In 2020, the French car market fell off a cliff due to the coronavirus pandemic, but then rose slightly in 2021.