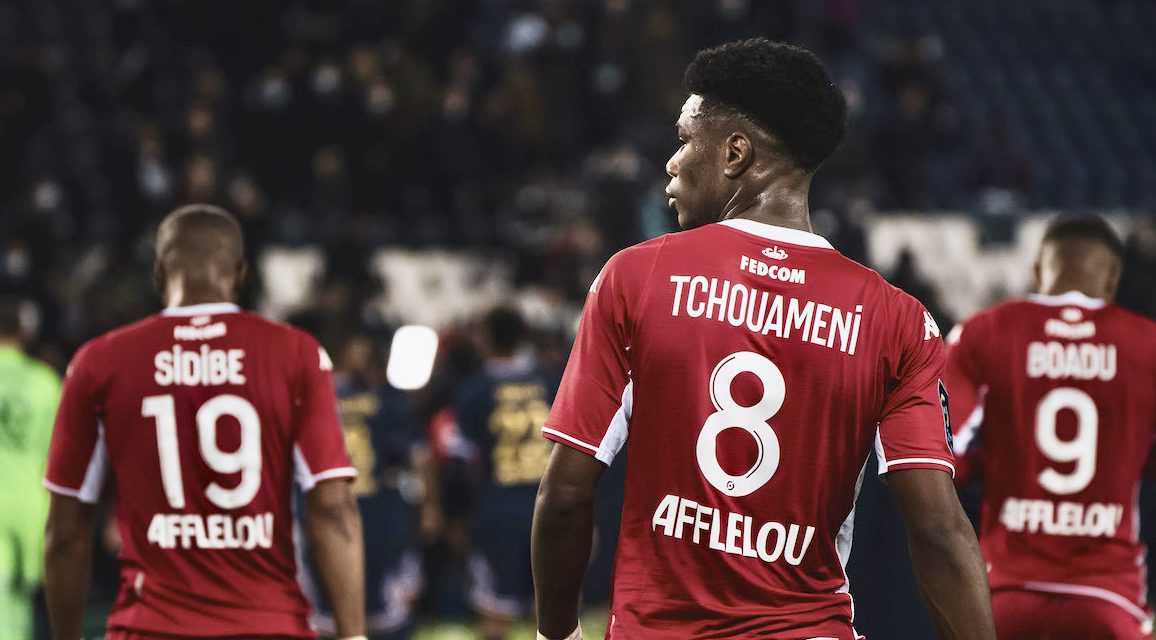 As the days begin to grow longer towards the end of January, the closure of the January transfer window draws nearer, but transfer talks continue to be held between AS Monaco and some of the English Premier League’s most serious sides.

According to a report by the Sun, EPL side Chelsea are reported to be leading Manchester United in the race for ‘Monaco wonderkid’ Aurelien Tchouameni.

Meanwhile, Manchester Evening News report that Liverpool have also set their sights on acquiring the signature of Tchouameni.

The 21 year-old has garnered the attention of Premier League giants through his performance in Monaco’s midfield since joining the Principality side’s senior squad last season, and is now linked to a 50 million euro move to Stamford Bridge, the home of the Blues.

Tchouameni has also impressed on the international stage, having been capped seven times with the senior international French team under Didier Deschamps, which has only contributed to him reaching the status of one of Europe’s most exciting young midfielders.

Standing at 189 cm in height, Tchouameni is a force to be reckoned with, and often excels in front of the defensive line as a defensive midfielder.

The young Frenchman combines his physical stature with an ability to read the game that is seemingly beyond his years to win tackles, and win tackles he does. Tchouameni completed 206 tackles and interceptions in the previous season, ranking him firmly in the top one percent of players across Europe’s top five leagues.

Monaco currently face the possibility of not playing in either the EUFA Champions League or Europa League unless they can solidify their position in the top four places of the Ligue 1 table. Such a situation is less than ideal for such a promising young player, and an incentive to depart amid the continued interest from the top dogs of the Premier League.

It is currently unclear whether Tchouameni will depart from Monaco in this transfer window, or what his destination will be, but the race for his signature is on.