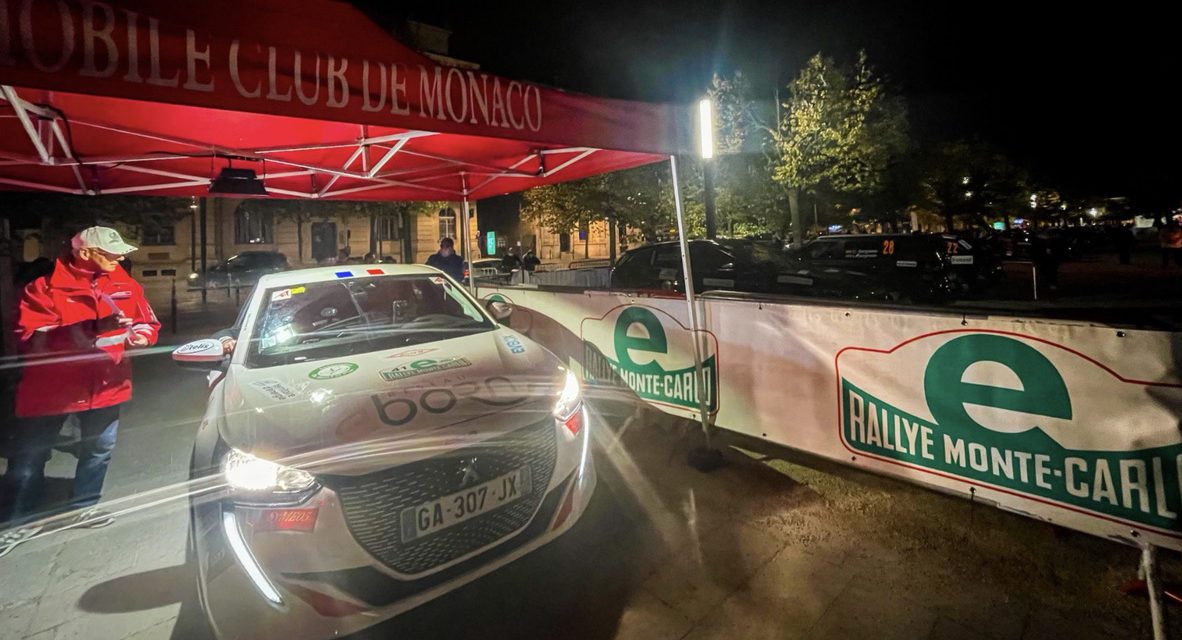 The fifth edition of the E-Rallye Monte-Carlo got off to a solid start at the Chateau du Mollard in the town of Chateauneuf on Wednesday, October 21.

53 competitors set off in the afternoon and took on the twisty roads of the Loire, Haute-Loire and Ardèche departments before arriving at the destination in Valence in the evening.

In the lead after nearly 75km of driving in the first stage was the father and daughter team of Emmanuel and Chloe Burel, who put up the fastest times in a Tesla Model 3.

Trailing just behind in second place after the first day was the experienced duo of Jaques and Serge Pastor, who find themselves just ten points behind the Burels.

The electrified rally action continued into Thursday, October 21 as the competitors will set off and return to Valence, before arriving in Monaco at around 20:50 on Friday, October 22.

Featured image courtesy of the Automobile Club of Monaco, a competitor arrives in Valence