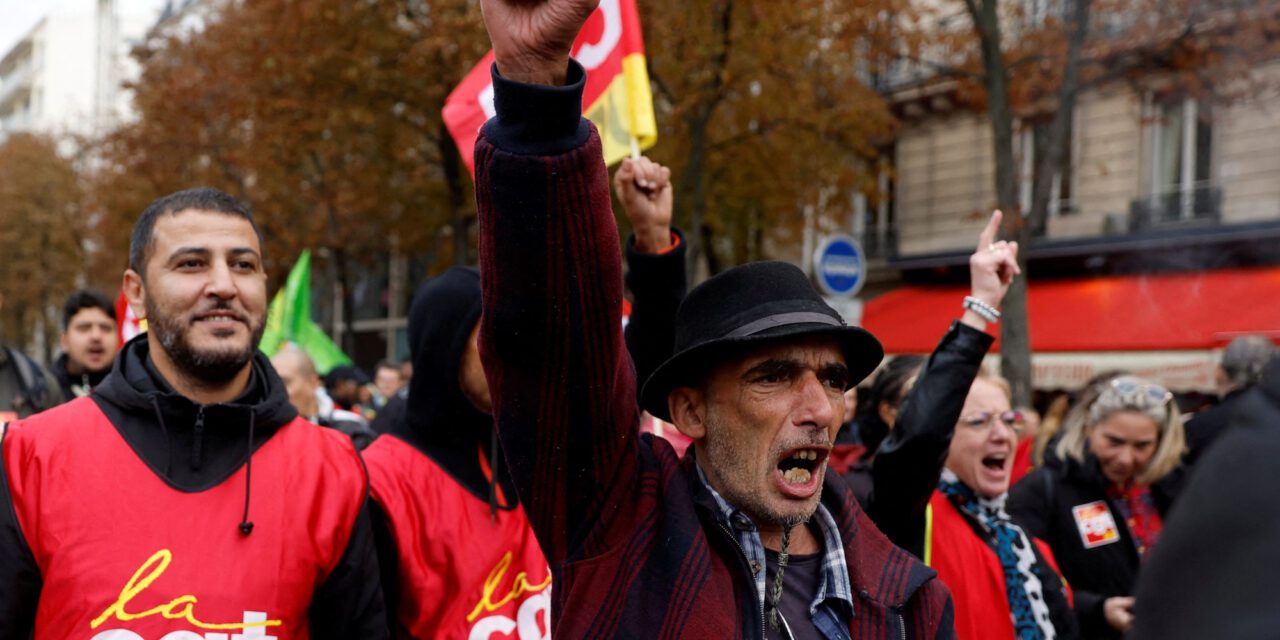 PARIS (Reuters) – France’s CGT trade union on Thursday called for strikes in the refinery sector against plans to make people work longer before they can retire and Paris metro unions said they would do “everything they can” to stop the pension reform.

The French will have to work two years longer, to age 64, before retiring, if the reform, announced by Prime Minister Elisabeth Borne on Tuesday, is adopted by parliament. They will also need to work longer to get a full pension.

All unions have already announced a nationwide day of strike and protests for Jan. 19, but have also warned that more action will follow in different sectors.

The former-Communist CGT union called on refinery workers and other staff in the petrol sector to strike on Jan. 26 for 48 hours and on Feb. 6 for 72 hours, at which date they said the strike could be further extended and include halting operations at refineries.

“One day (on Jan. 19) will not be enough to make the government back down on this reform,” Eric Sellini, CGT coordinator at TotalEnergies, told BFM TV.

“If the conflict were to last, there would inevitably be consequences for refining operations, with potentially a stoppage of the installations in the weeks to come.”

Last autumn, a strike at the refineries and depots of TotalEnergies and Exxon linked to wage demands led to a shortage of fuel at service stations for several weeks in many regions.

Borne called on unions to be “responsible” and not harm the economy.

FILE PHOTO: Protestors and French CGT union workers attend a demonstration as part of a nationwide day of strike and protests to push for government measures to address inflation, workers’ rights and pension reforms, in Paris, September 29, 2022. REUTERS/Gonzalo Fuentes