YCM has event-packed year ahead 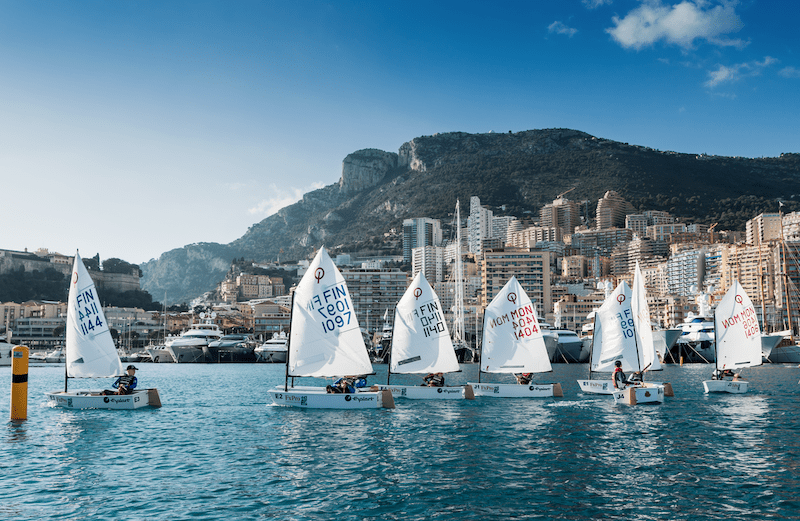 January kicks off a busy events programme for 2023, as the Yacht Club de Monaco celebrates 70 years since it was set up by Prince Rainier III. Presided over since 1984 by HSH Prince Albert II, the private club continues to honour its public service remit by organising world class events to promote the destination. The agenda fits within its ‘Monaco, Capital of Advanced Yachting’ approach, initiated by YCM to position the Principality as a centre of excellence in this sector.

The season began with the 13th Monaco Optimist Team Race. Starting January 11, 64 under-14 sailors representing 16 nations gathered to dispute a unique race. The format is unusual for an Optimist regatta, a match race being like a duel on water between teams of four as opposed to a fleet race of individuals. The result is 120 races in the knock-out rounds leading up to the finals and requiring finely tuned skills, tactics and above all teamwork.

The spotlight then will be on the 10th Monaco Sportsboat Winter Series (2-5 February) and 39th Primo Cup-Trophée Credit Suisse (2-5 March). The best J/70 teams, who have established their training base in the Principality, will meet again this month for Act III of the 10th Monaco Sportsboat Winter Series of monthly regattas, which has become a fixture on the calendar for international teams. Races are set to be tight for the fleet, currently led by YCM’s Ludovico Fassitelli on Junda followed by Graeme Peterson (Moonlight II) and Stefano Roberti (Piccinina), also from YCM.

Moving on to March, during the Monaco Ocean Week (20-26), organised by the Prince Albert II of Monaco Foundation, Monaco Oceanographic Institute and the Scientific Centre of Monaco, YCM will be responsible for the yachting component of this week focused on protecting the oceans. On Thursday March 23 at the YCM there will be four events, starting with the 12th Environmental Symposium dedicated to the 10th Monaco Energy Boat Challenge on the theme ‘Encouraging the Future for a more Sustainable Yachting’. This highlight precedes the 27th Captains’ Forum that brings owners, captains and superyacht industry leaders together, the theme this time will be ‘Superyacht Commitment: Management, Leadership & Mentoring’.

After the success of the Monaco Smart & Sustainable Marina Rendezvous (next one at YCM, 24-25 September 2023), M3 (Monaco Marina Management) is launching the first Monaco Smart Yacht Rendezvous, a networking event that continues on Friday 24th March culminating in the Smart Innovative Yacht Awards. Thursday 23rd March concludes with the third YCM Explorer Awards by La Belle Classe Superyachts. Organised under the presidency of HSH Prince Albert II since 2019, it has been recognising owners who stand out for their commitments to protect the marine environment, be it in the design of their yacht or its navigation.
L’Art de Vivre la Mer is the motto of the Yacht Club de Monaco. To illustrate it and to put the spotlight on gourmet cuisine at sea as being another facet of yachting professions, the YCM will organise on March 30 the fourth edition of the Superyacht Chef competition, with an international jury chaired by the two-time three Michelin star chef Yannick Alléno.

On July 10 Monaco Energy Boat Challenge will take place. Helping build tomorrow’s future is a key priority for YCM, an ambition it pursues through the Monaco Energy Boat Challenge for alternative energy sources. For the last ten years, this event has been bringing young engineers from technical colleges and universities the world over into contact with yachting industry players.
As a Club that’s very attached to its sailing heritage, YCM will be organising the 16th Monaco Classic Week –La Belle Classe (September 13-16).

This unique biennial offers a journey through time, synonymous with the celebrated Art de Vivre le Mer lifestyle at sea. For the public it’s an opportunity to see some of the world’s most prestigious classic sailing yachts, period motor-yachts and vintage motorboats that create such a spectacle in the YCM Marina. This edition also celebrates the 100th anniversary of the birth of Prince Rainier III, who founded YCM in 1953 and was so passionate about the sea and boats.