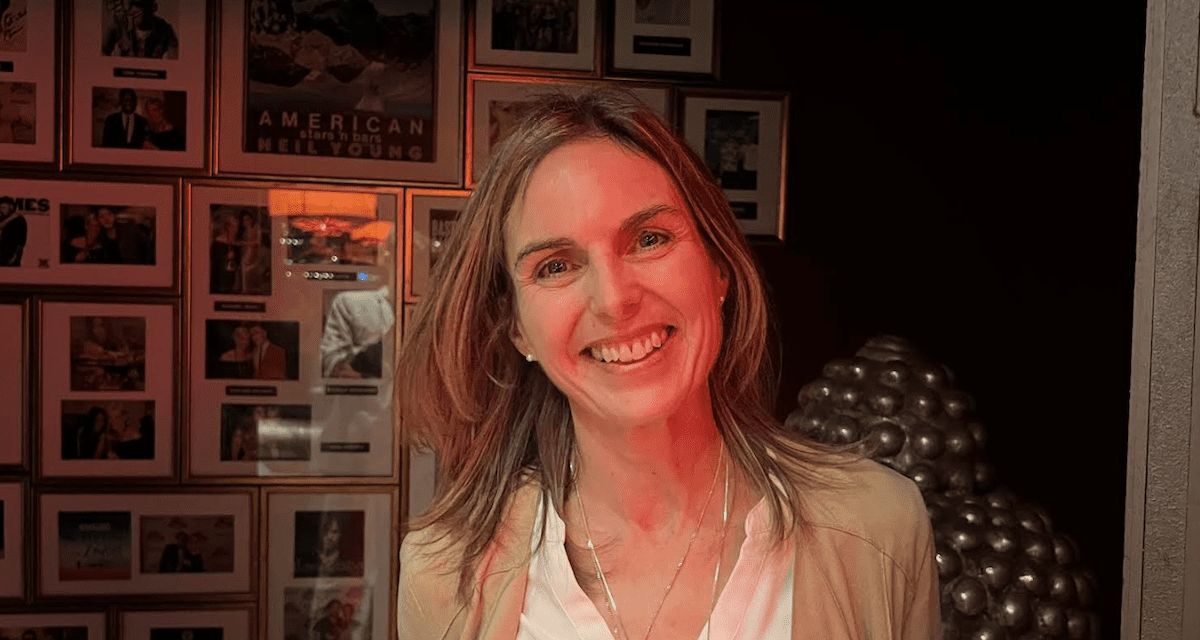 “We are very much a hub for the anglophone community in Monaco,” said Director Paula Farquharson, who introduced the facility but also the history that brought the Library to life in the Principality, at the last-ever MonacoUSA networking event on the Stardeck of Stars’n’Bars.

Princess Grace’s grandfather was born on the west coast of Ireland in 1847 – unfortunately that was right in the middle of The Famine, so at the age of twenty he emigrated to America. “Princess Grace’s father was one of ten, he came from ‘a good Irish family'”.

It was in 1961 that Prince Rainier and Princess Grace made a first head-of-state visit to Ireland and at that time Princess Grace decided that she wanted to find out much more about her origins. “That love and attachment to Ireland has continued for 60 years and in fact in September 2021 HSH Prince Albert brought his own children over to Dublin.” said Paula.

“I was very honoured to be part of the delegation – Prince Albert made a very significant donation to Trinity College Library, with which we have a lot of collaboration.”

“I hope you will be able to come because you are in for a treat each time – we have award-winning authors that come along, we have a library – where it’s not quiet, we make noise there – we have music and a wonderful ambience. You don’t have to be Irish – but you have to be open to getting to know Ireland and meeting lots of new friends.”

The library was inaugurated in 1984 so next year there is going to be a big party for its 40 years.

“Every year we have a theme that runs through the events and this year is all about Irish and American influence on literature, culture and the music of Ireland.”

With a nod to the theme, the Library’s first event  of 2023 will be a talk about conserving Ireland’s historic buildings by Donough Cahill, the Executive Director of the Irish Georgian Society.

Donough Cahill will explore this wide-ranging topic and consider select buildings including examples demonstrating connections with the United States from the 18th century and more recent times. Save the date on Wednesday, January 18 at 19:00 and discover more at the Princess Grace Irish Library website.