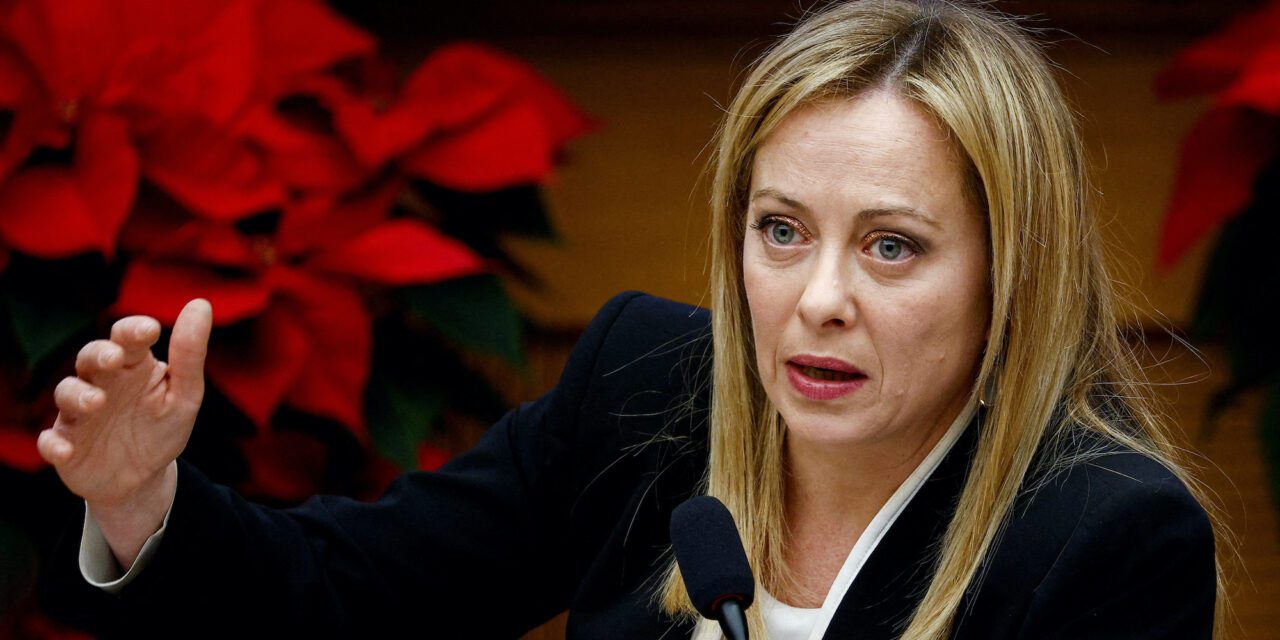 MILAN (Reuters) – Italy will work to exit the capital of bailed-out lender Monte dei Paschi di Siena with a view to having several large banking groups in the country, Prime Minister Giorgia Meloni said on Thursday.

Monte dei Paschi (MPS), of which the government owns 64% following a 2017 bailout, is seen playing a pivotal role in the consolidation expected among Italy’s mid-sized lenders.

After failing last year to clinch a sale of MPS to UniCredit, the government is expected to seek another merger to cut its stake.

“We are working to ensure the state can exit in an orderly manner and, from my point of view, to create the conditions for Italy to have several large banking groups,” Prime Minister Giorgia Meloni told a news conference, without elaborating.

By acquiring MPS, UniCredit could have bridged in part the gap with domestic champion Intesa Sanpaolo, which overtook it as Italy’s top lender in 2020 by buying smaller peer UBI.

Such a deal would have further widened the distance between the top two banks and Banco BPM, which ranks third with roughly one-fifth of their assets.

Sources with knowledge of the matter have told Reuters Banco BPM together with UniCredit remain potential buyers for MPS.

However, on Thursday an official in Meloni’s cabinet office told Reuters on condition of anonymity that UniCredit CEO Andrea Orcel’s U-turn on the possible MPS deal had made the government diffident about the investment banker.

Talks between the Treasury and UniCredit collapsed after months of negotiations when Orcel asked for 6.3 billion euros ($6.7 billion) in capital, sources have previously said.

That would have more than doubled the bill for Italy, which spent 5.4 billion euros in the 2017 rescue.

The state in November pumped another 1.6 billion euros into MPS as part of a 2.5 billion euro recapitalisation.

Meloni said MPS had been “very badly handled” so far with great expense to taxpayers, though she conceded the lender’s restructuring “appears rather solid”.

Sources have said Treasury Director General Alessandro Rivera, who oversaw talks with UniCredit, is in the crosshairs of Meloni’s inner circle.

With Rivera’s top Treasury role in doubt, there are currently no discussions ongoing with potential MPS suitors, a person briefed on the matter said.

On Thursday, Banco BPM CEO Giuseppe Castagna was quoted as saying MPS was “too big a mouthful” for his bank to swallow.

Castagna is up for reappointment in April and is expected to bide his time on any M&A move until he gets a new mandate.

He has repeatedly said he wants to build a third large banking group around Banco BPM but lacked the right partner.

Bankers say an MPS deal could help Banco BPM loosen the grip of Credit Agricole, the French bank which this year became the single biggest investor in Banco BPM.