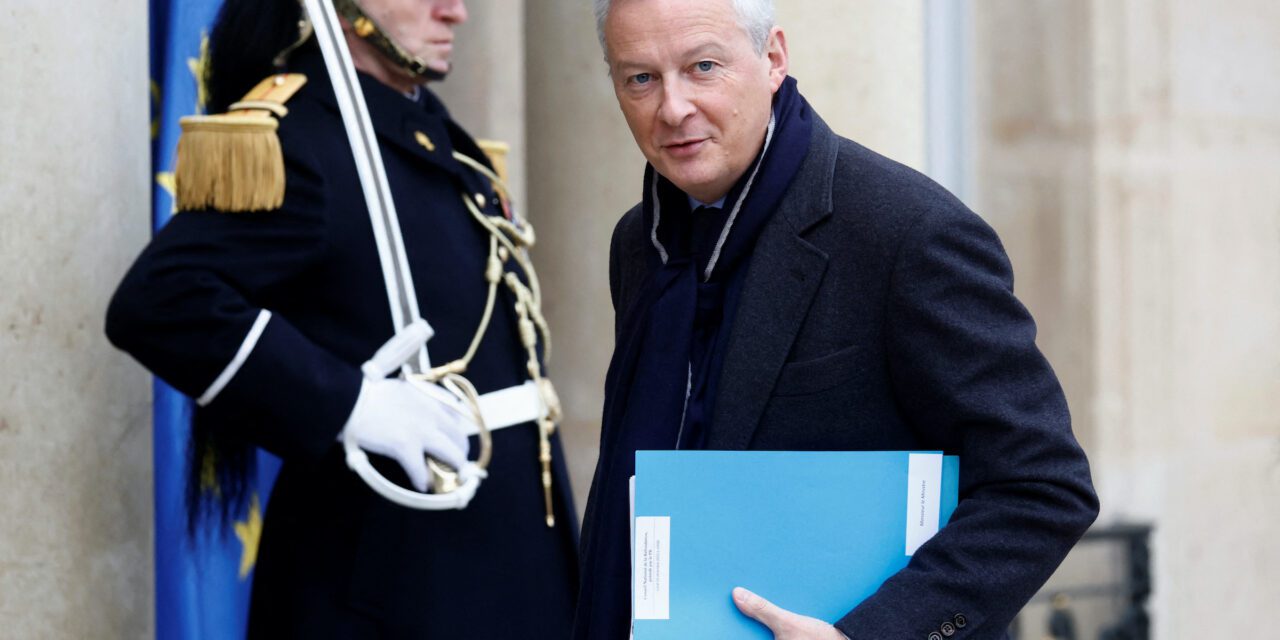 PARIS (Reuters) – France will have high inflation levels in the next few months, particularly regarding food items, before it will then likely ease in mid-2023, French Finance Minister Bruno Le Maire told Sud Radio.

“My priority is for prices to go down from mid-2023 onwards,” he said.

Earlier this month, France’s national statistics body said the French economy would contract slightly this quarter due to refinery strikes and nuclear reactor outages before activity recovered in the first half of next year.

The euro zone’s second biggest economy will contract 0.2% in the final three months from the previous quarter, INSEE said in its latest economic outlook.

European Central Bank member and Bank of France head Francois Villeroy de Galhau also said earlier this month that inflation should peak some time during the first half of 2023 before going down and that the European economy should escape a hard landing next year.