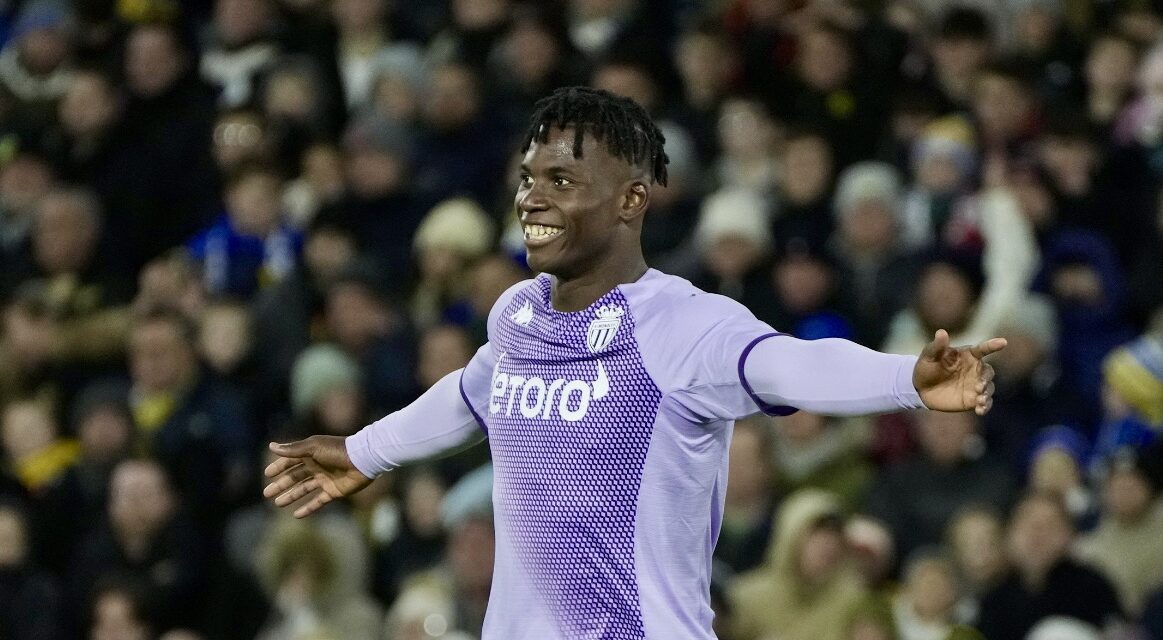 For the final friendly fixture of the World Cup induced winter break, Philippe Clement and co’ travelled ‘up north’ to face off against English Premier League side Leeds United at the club’s iconic Elland Road stadium on the evening of Wednesday, December 21. With live football-deprived fans packing the stands in the storied stade, AS Monaco put on a show and scored four goals to the host’s two.

However, the match did not start in the Principality side’s way, as Leeds scored early on from a corner, making it 1-0 at the 12th minute. Down but not out, Monaco equalised through Breel Embolo at the 25th minute, thanks to a headed assist by Aleksandr Golovin.

The score stood at a level 1-1 going into halftime, but following what must have been a very inspirational half-time talk in the locker room, Monaco returned to the pitch in the second half with a newfound desire to bury their opponents under an avalanche of goals.

The Monegasques got ahead by a Gelson Martins goal at the 47th minute, thanks to an assist by Senegal international Ismail Jakobs, who scored a goal of his own only six minutes later, following a corner kick. Now comfortably ahead by 1-3, the visitors could have lifted their respective foot from the gas pedal, but an in-form Embolo couldn’t resist finding the net one more time just two minutes later to bring the scoreline to an upsetting 1-4 for the home supporters.

With three goals scored in the space of nine minutes the Monegasques could finally relax, with the only remaining goal of the fixture coming from Leeds’ Joe Gelhardt in additional time. Although this would purely be a consolation as the score stood at 2-4 as the final whistle blew.

Monaco thus leave Elland Road with a big win under their belts, an encouraging result which will hopefully encourage a fruitful performance in the coming months, both at a domestic and European level.

An away match against Auxerre on Wednesday, December 28 will see Monaco return to regular Ligue 1 action.

Featured image courtesy of AS Monaco, a delighted Breel Embolo