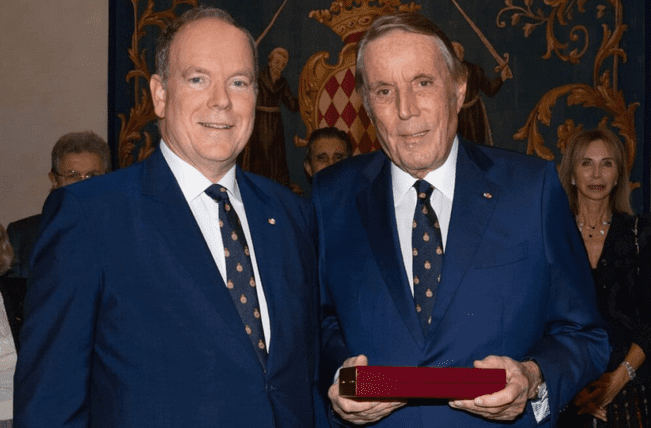 The long-serving president of the Automobile Club de Monaco, Michal Boeri, has been awarded the title of Grand Officer of the Grimaldi Order.

The Prince’s Palace said that Mr Boeri has pursued “an exceptional career in the service of the general interest and the international influence of the Principality.”

Mr Boeri served on the National Council from 1972 until 2003. During part of his time on the elected body he was chairman of the Foreign Relations Commission. He currently serves as President of the Council of the Crown.

However, it is as the long-serving President of the ACM – since 1972 – that Mr Boeri is best known, not only in Monaco but on the international stage where he is renowned for his cool head in steering the fortunes of the Monaco Grand Prix in challenging times.