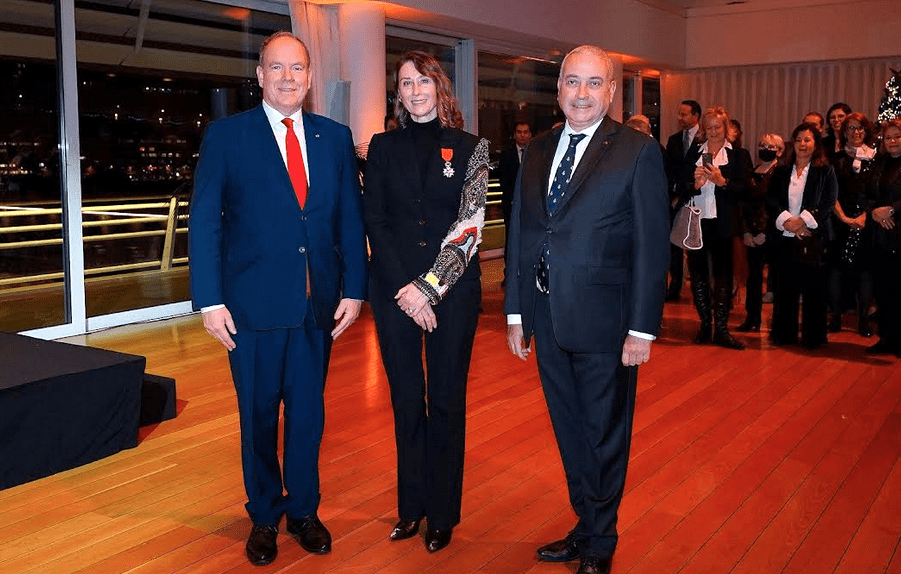 Her Excellency Mrs Anne-Marie Boisbouvier, Ambassador and Permanent Delegate of the Principality of Monaco to UNESCO, received the insignia of Officer of the National Order of the Legion of Honour, a prestigious French award, on Thursday, December 15, in the presence of HSH the Sovereign Prince, and senior figures of the Principality.

The insignia were presented to her by HE Mr. Laurent Stefanini, Ambassador of France to Monaco, during a ceremony held at the Yacht Club.