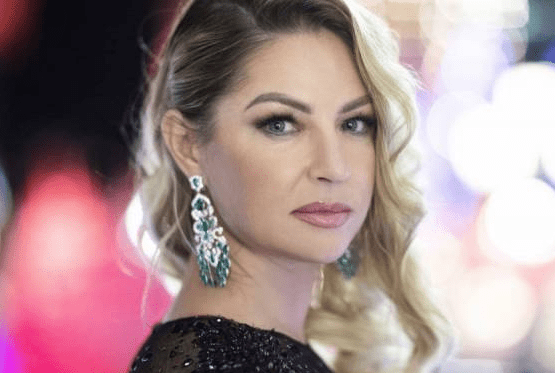 UPDATED Thursday, December 1, 19:57: Olga Taran, widow of Monaco businessman Vyacheslav Taran, has expressed her dismay about completely false reports that her husband had been involved in helping Russian intelligence.

Olga told the UK’s Daily Mail newspaper that she had been left ‘devastated” by her husband’s death.

She said that claims by the Ukrainian news agency UNIAN that her husband most likely had ties to Russian intelligence were “an absolute and utter lie.”

Slava, as he was known by family and friends, had supported charities that helped Ukrainian refugees and had set up a charity in Moldova for Ukrainians who had fled the conflict in their country.

Olga said: “We are devastated. We have lost our loving husband and a father of three children.

“It is painful to realise that I will never see my dear husband again and my children their daddy. Each day is full of pain.”

She added that Vyacheslav’s body has not been released to his grieving family because French police are still working on their investigation into the cause of the crash near Eze village last Friday that took the life of Slava and the 34 year-old local pilot.

Mr Taran was very well-respected and liked in Monaco. One close friend described Mr Taran as “a true global citizen and the kindest person in the world… He was a highly respected person both in Monaco and everywhere he worked. He was one of the most decent, amicable, smart, polite people I know.” Another added: “He was a loving dad of three children, a dedicated family man with a passion to learn new ideas and to understand the world.”

Olga Taran is the publisher of Hello Monaco magazine.

“As you know, Viacheslav Taran died in a tragic helicopter crash last week. I have lost a loving husband and a father of three of our children. It is intolerably painful for me to realize that we will never see him again. But, it is even more difficult to stay silent when someone is spreading lies about my beloved Viacheslav.

The Ukrainian news website UNIAN.net published a story that my husband allegedly was a billionaire and was involved in money laundering for Russian elites and on top of that they claimed him to be a Russian spy. All of this is outrageous and manifests an absolute and utter lie. My husband  never had any connections to the Russian gouvernement or any political affiliations. He left Russia to pursue and focus on his business interests back in 2008.

Moreover, since 2014 my late husband has constantly supported charitable foundation Changeonelife.ua and since the very first days, when the war broke down, Viacheslav with his friends created Pristaniste.me a charitable foundation for Ukrainian refugees in Montenegro which accepted first refugees on 5th of March, 2022 and still is actively helping the Ukrainians in need.

This attack is unfair to Viacheslav who always actively supported Ukrainian people through his charity foundations, especially children who lost their parents.

Furthermore, I urge all Western journalists who cite UNIAN.net to stop spreading the lies (Will Steward and Rachael Bunyan from Daily Mail, Aliki Kraterou from The Sun). My children have already been bullied because of these accusations and I am concerned for their safety.

I understand that you do not know Viacheslav personally and reading these cynical articles one may consider them to be true, but everyone who knows Viacheslav, including the entire Monaco community knows it to be an absolute lie.

Please do not tarnish his good name and memory. We still have not received Viacheslav’s body due to the investigation and each day brings unbearable pain.”