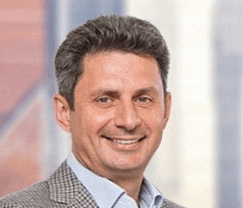 The passenger on board the Monacair helicopter that crashed above Monaco on Friday afternoon was Vyacheslav Taran, a businessman who had lived in Monaco for the past 10 years, according to a reliable official source close to the ongoing investigation into the causes of the tragic incident who spoke on condition of anonymity to NEWS.MC.

Mr Taran worked in cybercurrencies and investments and was the founder of the Libertex Group, an online trading platform that has been active since 1997. He is listed as a member of the board of YouHodler SA in Lausanne, Switzerland, from where he was returning yesterday.

He was a graduate of the Vladivostok State University of Economics and Service, with a higher degree in radio electronics.

He was very well-liked in the expatriate community in Monaco. Mr Taran was a family man, married to Olga, the publisher of the well-known magazine Hello Monaco, with three children. One close family friend described Mr Taran as “a true global citizen and the kindest person in the world… He was a highly respected person both in Monaco and everywhere he worked. He was one of the most decent, amicable, smart, polite people I know.” Another added: “He was a loving dad of three children, a dedicated family man with a passion to learn new ideas and to understand the world.”

The staff of NEWS sarl wish to express their heartfelt condolences to the families of both victims.

The other victim of the tragic incident was the so-far unnamed 35 year-old pilot, who had trained locally and was very experienced, according to Monacair.