Toby Wright: Seeing the world with more than his eyes 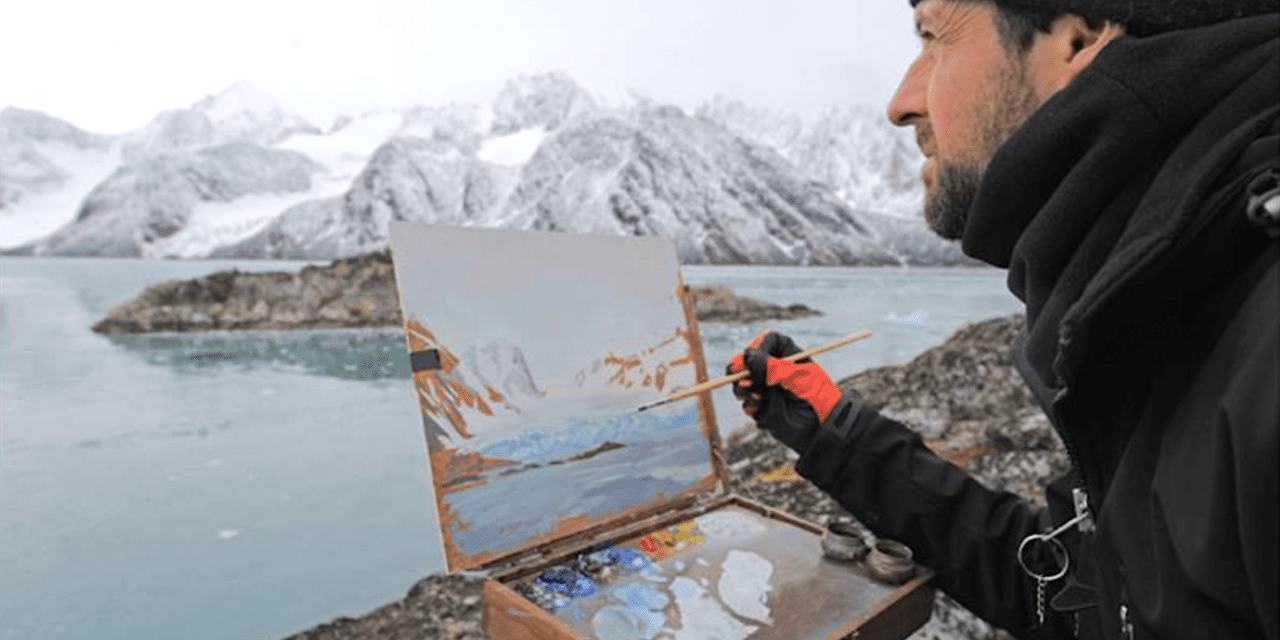 Toby Wright, an artist extraordinaire, paints mostly from life. Sometimes in the most challenging of settings, taking his painting gear to heights of 3,800 metres, or underwater with sea lions using materials he made on his own inspired by watching marine archeologists and engineers: white plexiglass and wax pastels. As an artist aboard the Elysium expedition in the Arctic, Toby painted in extreme conditions in Svalbard, Greenland, and Iceland.

Exhibited and appreciated around the globe, he was born and grew up in the Principality. “Being here as a kid I was exposed to nature, the sea and the mountains. Those are the aspects that got me to develop my sensitivities, but also the Oceanographic Museum, that was a place where I spent lots of time with my sketchbook. I used to draw fish, skeletons, it was a big part of my childhood.”

Following his Bachelor of Arts degree in illustration in the UK, he graduated from the Florence Academy of Art where he later became a principal instructor teaching classes in the human figure, portraiture and still life. Only last year he moved to his new studio in Monaco and on Wednesday he opened its doors to Primavera Art Monaco members who had an opportunity to learn about Toby’s painting process and discover more about his art.

The studio is also home to many of the famous landscapes he created following in the footsteps of Turner, E. H. Compton and Sargent. “They have inspired me to seek out my own journey to the Alps, I have found the spots from where they painted all those years ago and tried to recreate them myself.”

“I believe the experience of a journey also contributes to the painting process. I don’t want to stay at a safe distance from my subjects. I want to explore it fully. I feel I need to include the elements with all my senses – not just from vision. What I am looking for is to bring more to the table in terms of creating a painting that conveys a sense of being in a place.”

“The journey was not at all straightforward, as the ice level drops further and further away every decade, those glaciers painted a century ago are no longer there and the same landscape looks completely different today.”

Toby’s latest and most famous commission to date required him to stay in his studio. Fittingly, it was for the Oceanographic Museum.

Every day for a year he was working on the Council of Administrators, as the painting is officially called. The monumental 3×2 metre artwork comes over 100 years since such a painting with Prince Albert I at its centre was completed for the Maison de l’Océan in Paris.

“It was rather a coincidence, when I thought I should really try a group portrait with four or five people in it, Mr Calgano (director of the Oceanographic Museum) called and asked me if I could take on this commission, of 13 people!” , says Toby with a smile.

The preparation was rather a lengthy process: the people in the portrait were not available at the same time – only once they happened to come together at the same time, apart from two.  Each person had a dedicated spot at the table that had to be carried up three flights of stairs by ten men to the set prepared for the portrait. Once they were settled, photographs were taken from every angle and this was the basis for work that continued in the studio.

A historic portrait of Prince Albert II with his fellow administrators of Monaco’s Oceanographic Museum is now part of a permanent collection on public display at the Museum and can be admired in the ground floor hall.

Where will his painting take him next? The search continues and all of it is beautifully documented in Toby’s travel blog and his Youtube channel.