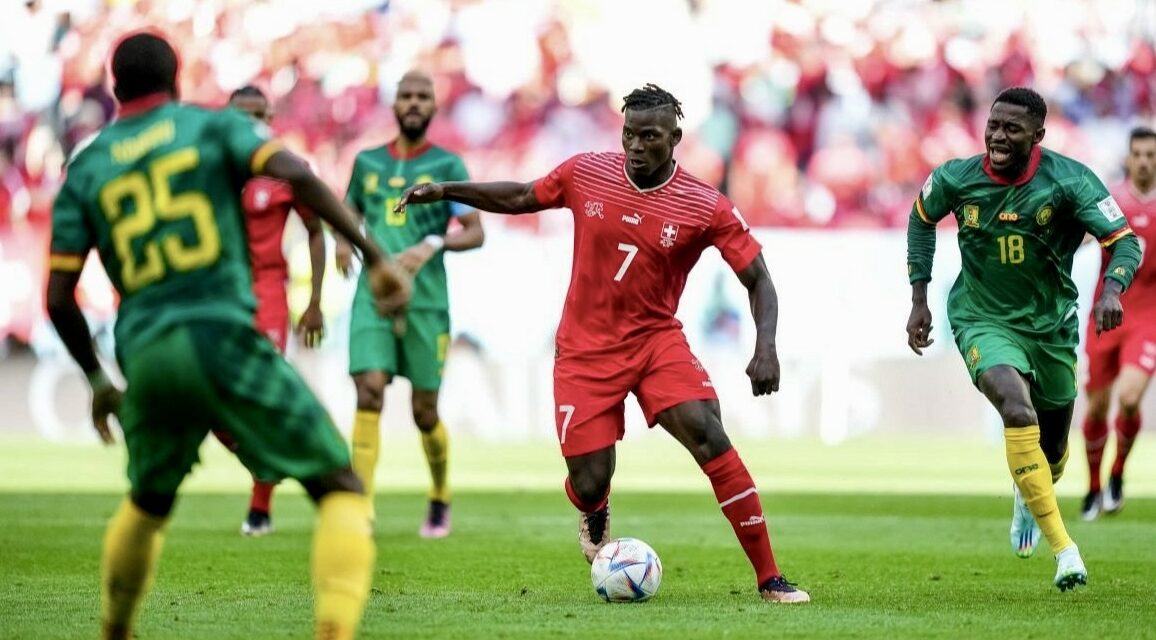 Breel Embolo became the first AS Monaco player to score at the World Cup in Qatar, as the Swiss striker scored the only goal in Switzerland’s opening game against Cameroon on Thursday, November 24.

Embolo found the back of the net at the 48th minute, and his goal would go on to be the decider in this contest, with Switzerland winning by one. Having been born in Cameroon, Embolo respectfully did not celebrate his goal against his birth country.

The Monaco team is well represented in the 2022 World Cup, with six current players representing their respective countries in Qatar. Perhaps it comes as no surprise that the only striker from the Principality side was the first to score, but with Embolo’s impressive run in red and white, it was looking more than likely that he would get on the scoresheet.

In a decision that has by now been proven to be the right one, Monaco signed 25 year-old Embolo from Bundesliga side Borussia Mönchengladbach this summer for a fee of 12.5 million euros, and since then the striker has registered eight goals and four assists in all competitions with the club.