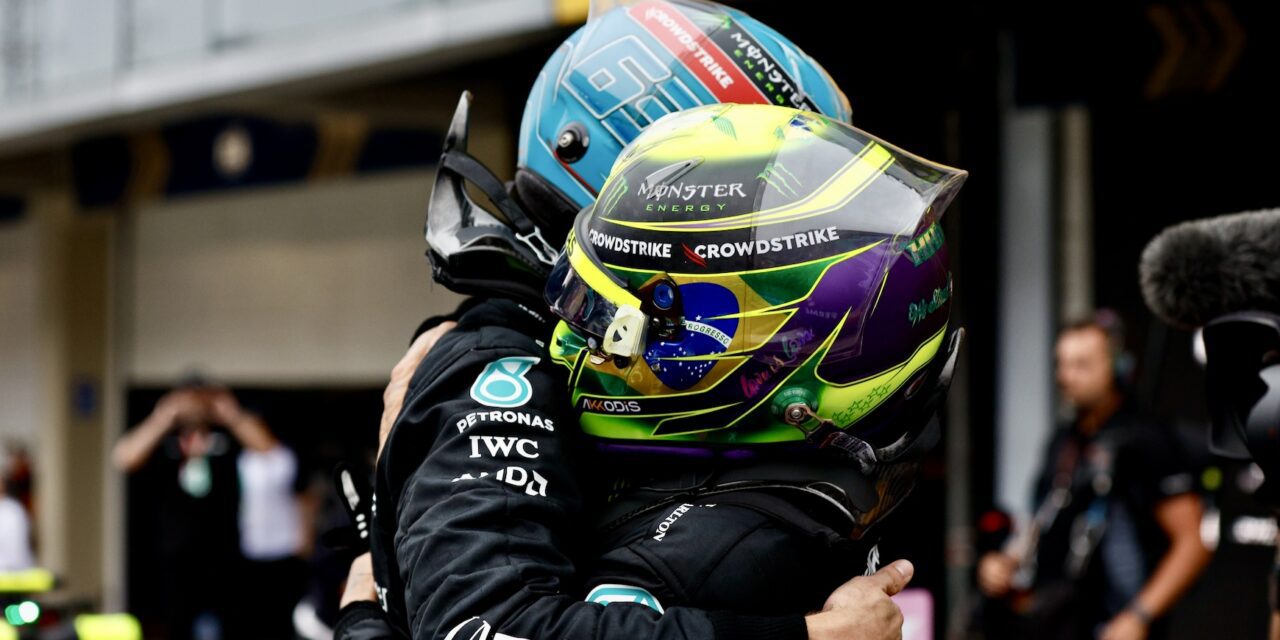 George Russell won his first ever Formula 1 Grand Prix in style in Sao Paulo, Brazil on Sunday, November 13. The young Brit’s maiden victory was also Mercedes’ first of the season, and Lewis Hamilton’s second-place finish secured the team their first 1-2 finish of the season to boot. Behind the Mercedes’ duo in third and fourth places respectively were Ferrari’s Carlos Sainz and Charles Leclerc.

Russell and Hamilton led the pack away from lights out in P1 and P2, but attention quickly diverted to Daniel Ricciardo and Kevin Magnussen further back as the two suffered a painfully early race-ending collision.

A safety car ensued and racing eventually resumed on the seventh lap, only for Max Verstappen and Hamilton to collide at Turn 2, and five turns later it was Leclerc who was sent into the barriers by McLaren’s Lando Norris. None of the cars involved in these collisions had to retire, but Verstappen and Norris were both issued five second penalties for their part in the incidents.

Thereafter it was relatively smooth sailing for Mercedes, as Hamilton recovered from his shunt and followed Russell to the finish line many laps later. In the end, Russell won his first-ever race at the pinnacle of motorsport by a margin of just 1.5 seconds separating himself and his seven time world champion compatriot.

Having started in P17 on the starting grid, Fernando Alonso somehow managed to finish in fifth place, ahead of Verstappen in sixth and Sergio Perez in seventh place.

With the North and South American races on the calendar now complete, the F1 circus will head to Abu Dhabi to prepare for race day at the Yas Marina Circuit on Sunday, November 20.