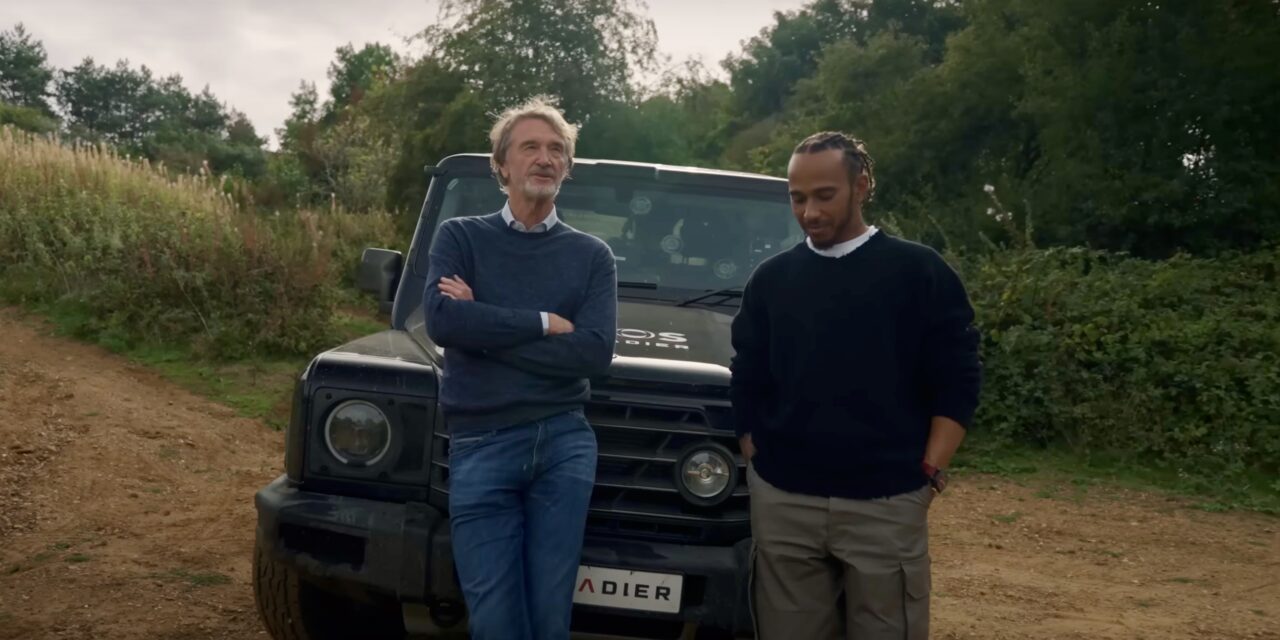 In an unusual but nevertheless very British reunion of knights, Sir Lewis Hamilton and Britain’s richest man Sir Jim Ratcliffe took a spin in the latter’s INEOS Grenadier, testing the machine on and off-road.

No stranger to driving fast, seven-time Formula 1 world champion Lewis Hamilton certainly made the most of the 3.0 litre BMW engine that powers the INEOS Grenadier, and seemed to be searching for that racing line when on the asphalt, perhaps out of habit.

Whether wading through less than pleasant waters or scaling steep hills, the all-terrain Grenadier impressed the two Monaco residents, who might not be in need of such a capable machine while driving through the Principality.

The Grenadier is manufactured in France and comes in two base models, utility and station wagon. The striking resemblance to the Land Rover Defenders of old is no mistake. This machine is built from scratch with that iconic frame in mind after Land Rover refused to sell the rights to Ratcliffe.

Orders for the Grenadier are already open, with the cheapest starting price standing at just a smidge over 60,000 euros. Discover more about the Grenadier and INEOS on the official site here.