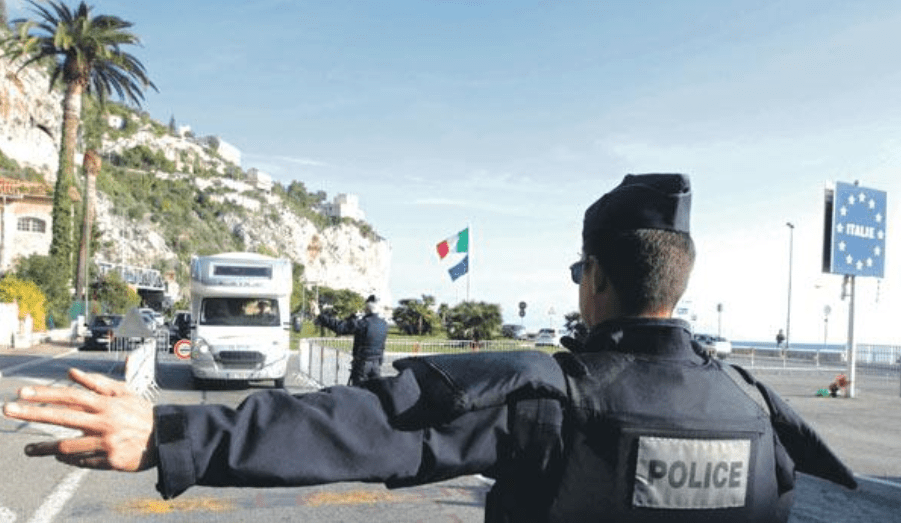 In the wake of the Ocean Viking saga, which resulted in France accepting 230 illegal immigrants picked up in the Mediterranean and refused entry by Italy, French police have moved several units into the area to strengthen border checks.

Emmanuelle Joubert, departmental director of the Alpes-Maritimes border police, said that four mobile units had arrived at 20:00 on Thursday, November 10.

In addition to manning checkpoints at A8 exits, the reinforcements have increased checks on trains running from Ventimiglia to Menton.

The Alpes-Maritimes prefecture maintains that everything is under control: “Contrary to the allegations of the (police) union, despite the (recent) commitment of some of the mobile units to other public order missions, the border posts of Menton and the main points of struggle against regular (sic) immigration are well held on the Italian border thanks to a redeployment of forces.”

According to the General Directorate of the National Police, two-thirds of migrant entry routes are in the Alpes-Maritimes, which is not surprising given the topography of the border.

It remains to be seen if the the influx of French gendarmes is a serious effort to cut down on cross-border illegal immigration, or a bad-tempered response to the Italians’ refusal to allow the Ocean Viking to dock.

Meanwhile, France decided to freeze a plan to take 3,500 asylum seekers currently in Italy, part of a European ‘burden-sharing accord,’ the UK’s Guardian reported on Friday evening