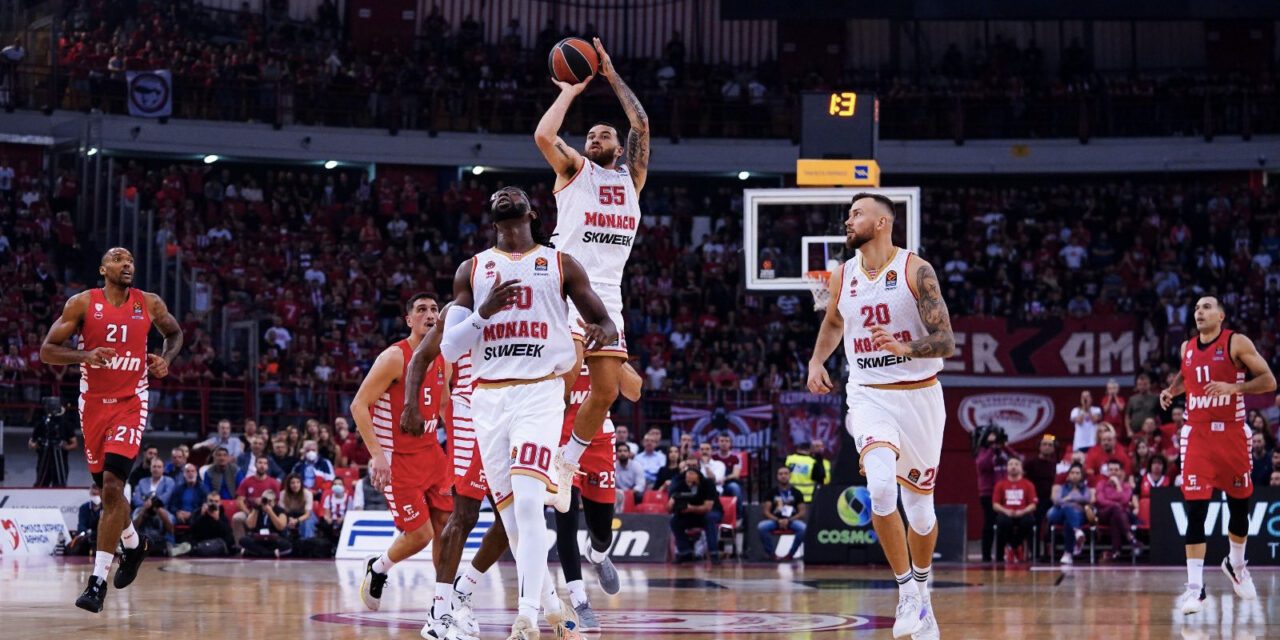 The Roca Team came to Piraeus and conquered Olympiakos on their own court on the evening of Thursday, October 27, inflicting revenge for their own defeat by Olympiakos on that same court in the quarter finals of the EuroLeague just six months previously.

With a scoreline of 76-81, the visiting Monegasque side gave their Greek hosts their first taste of defeat in the EuroLeague this season, and in front of 12,000 home supporters to boot.

The stars of the Roca team this evening were none other than Mike James and former Phoenix Suns man Elie Okobo, who scored 20 and 23 points respectively, with James also claiming six rebounds and providing five assists.

With a significant win under their belts, Sasa Obradovic and his men will now look ahead to their domestic game against Strasbourg on Sunday, October 30, before taking on Serbian side Crvena Zvezda at home on Friday, November 4.