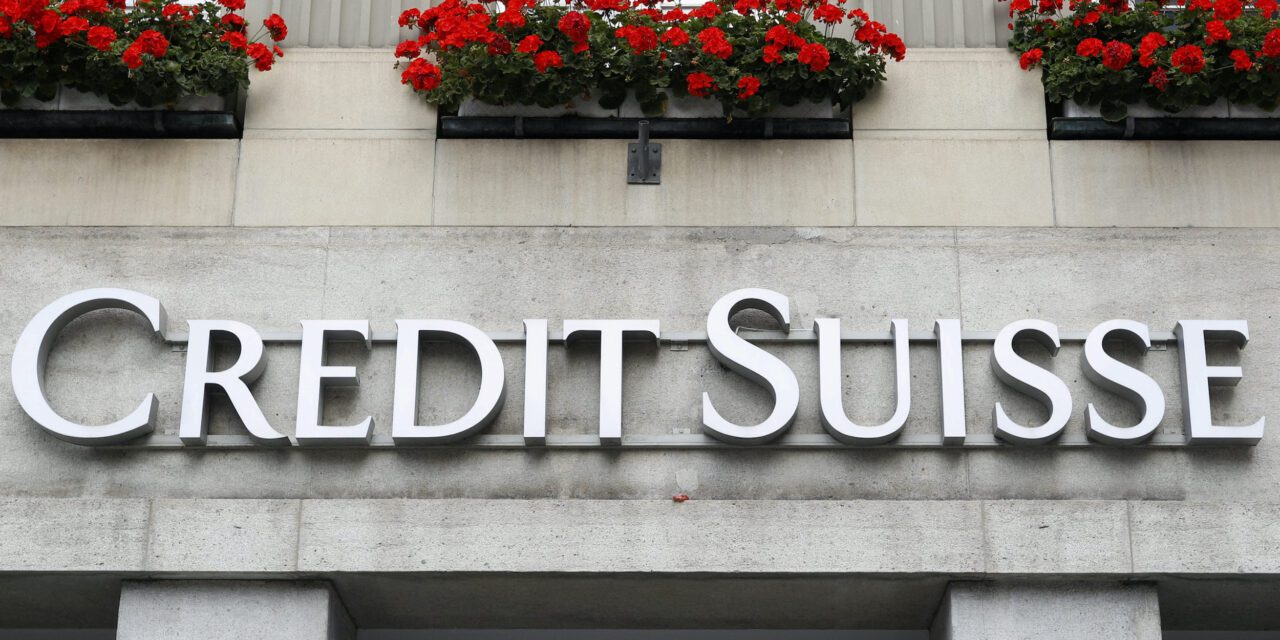 ZURICH (Reuters) – Credit Suisse plans to raise 4 billion Swiss francs ($4 billion) from investors, cut thousands of jobs and shift its focus from investment banking towards its rich clients, as the bank attempts to put years of scandals behind it.

The Swiss lender outlined on Thursday what its chairman Axel Lehmann dubbed a “blueprint for success”, after it racked up an unexpected 4 billion Swiss franc loss in the third quarter of the year.

The announcement followed torrid weeks for the bank and fell flat with investors. Its stock, which has plumbed record lows in recent weeks, dropped about 14 percent in early trading, valuing the embattled bank around 11 billion francs.

Credit Suisse said clients pulled funds in recent weeks at a pace that saw the lender breach some regulatory requirements for liquidity, underscoring the impact on its business of wild market swings and a social media storm.

The group added that it was stable throughout.

Analysts gave the announcement a lukewarm welcome. Vontobel’s Andreas Venditti said the bank was embarking on a “lengthy process to restore credibility”.

“Resolute execution and no further missteps will be key and it will take time until results will begin to show,” he said.

The turnaround plan has many elements, from cutting jobs to refocusing on banking for the wealthy.

The Swiss bank said it also aims to separate out its investment bank to create CS First Boston, focused on advisory work such as mergers and acquisitions and arranging deals on capital markets.

The bank envisions selling a stake but keeping roughly 50% in the new business, said one person familiar with the issue. It is also exploring the possibility of an initial public offering, another source familiar with the matter said.

Saudi National Bank, majority-owned by the government of Saudi Arabia, said it will invest up to 1.5 billion francs in Credit Suisse to take a stake of up to 9.9% and may invest in the investment bank.

The move bolsters Saudi influence in one of Switzerland’s best-known banks. Olayan Group, one of the biggest Saudi family-owned conglomerates, with a multibillion dollar investment portfolio, also owns a 5% stake in the bank.

The Qatar Investment Authority – which owns about 5% of the Swiss bank – declined to comment on whether it plans to buy any shares.

Credit Suisse said it will create a capital release unit to wind down non-strategic, higher-risk businesses, while announcing plans to sell a large part of its securitised products business to an investor group led by Apollo.

The bank will also wind down some trading businesses in emerging markets and equities.

Its heavy loss in the third quarter was due in large part to write-offs linked to its investment banking overhaul, including adjustments for lost tax credits.

JPMorgan analysts said that “question marks remain” over the restructuring of investment banking, adding that the share sale would also weigh on the stock.

The latest revamp, aiming to overcome the bank’s worst crisis in its history, is the third attempt in recent years by successive CEOs to turn the group around.

Once a symbol for Swiss reliability, the bank’s reputation has been tarnished by a series of scandals, including an unprecedented prosecution at home involving laundering money for a criminal gang.

The bank had been rushing to raise money and free up capital by selling assets, keen to limit how much cash it would have to raise from investors to fund its overhaul, handle its legacy litigation costs and retain a cushion for rough markets ahead.

Credit Suisse needs to revamp after a series of costly and morale-sapping blunders that triggered a wholesale change of management.

In refocusing away from risky investment banking to banking for the globe’s rich, Credit Suisse is following in the footsteps of its bigger Swiss rival, UBS.

The UBS turnaround succeeded in large part because of a flood of freshly printed money from the world’s central banks to reignite the economy during the financial crisis.

Credit Suisse, on the other hand, is attempting to refocus its business in a world facing war, an energy crisis, rocketing inflation and an economic slide.

Last year, the bank took a $5.5 billion loss from the unravelling of U.S. investment firm Archegos and had to freeze $10 billion worth of supply chain finance funds linked to insolvent British financier Greensill, highlighting risk-management failings.

Its deepening problems even put it on the radar of day traders earlier this month, when a frenzy of wild speculation about its health sent its stock price into a tailspin to a record low.

(Additional reporting by Michael Shields in Zurich and Yousef Saba in Dubai; Writing by John O’Donnell; Editing by Edmund Klamann)