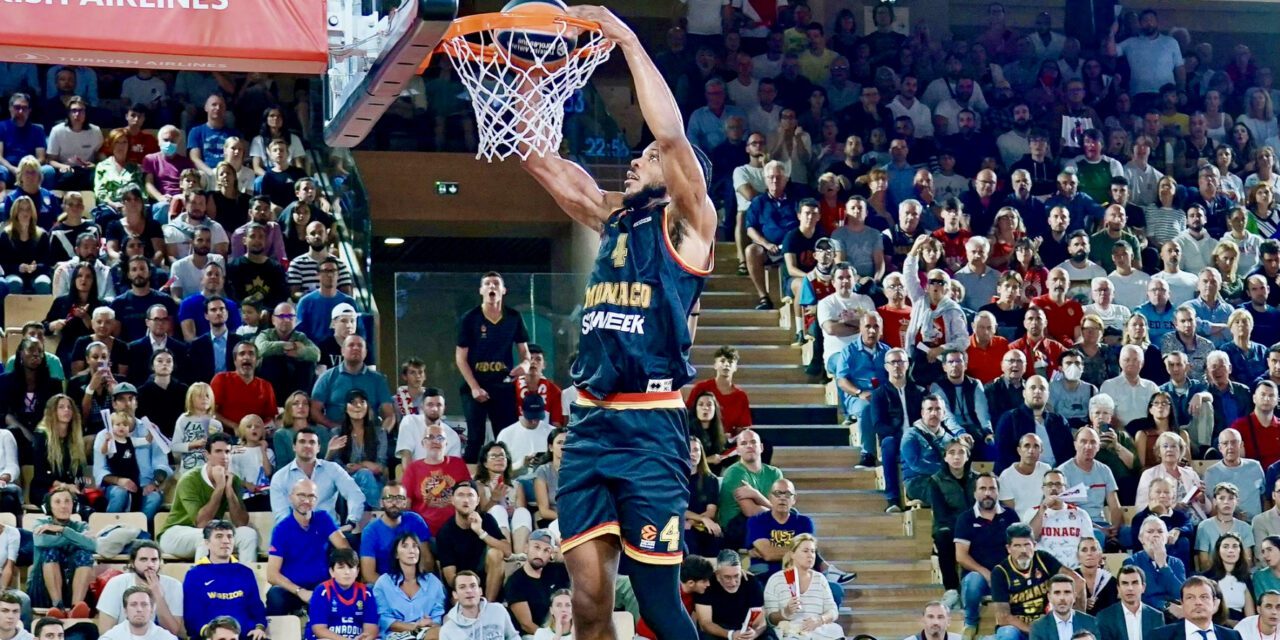 Visitors to the Salle Gaston Medecin were treated to a serious Euroleague game between the league’s defending champions, Turkish side Anadolu Efes, and the Principality’s own ‘Roca Team’ on the evening of Thursday, October 13.

The game did not go in the hosts’ favour right from the tip-off, as the visitors from Istanbul put in a big shift to end the first quarter eight points ahead of Monaco, 12-20. However, Monaco turned their game around by the end of the second quarter, with a dominant 24 points compared to the 15 of Anadolu. The scoreline stood at 36-35 at the break.

The Monegasques would go on to lose their narrow lead by the end of the third quarter, as the points added up to 58-60 to the visitors with just one quarter to go.

After a closely fought fourth quarter, in which Anadolu did not let their guard down, both teams had 82 points and to the delight of the supporters in the salle, the game subsequently went into overtime.

At the end of a tantalising period of overtime, Monaco stood victorious over the defending European champions, and by a margin of just three points. With a scoreline of 95-92, the Roca team deservedly celebrate their second consecutive win in the Euroleague, and establish themselves as a side to be reckoned with this season.

After a European night to remember, Monaco must turn their attention to the French LNB, in which they will face off against Paris in the city of lights on Sunday, October 16.