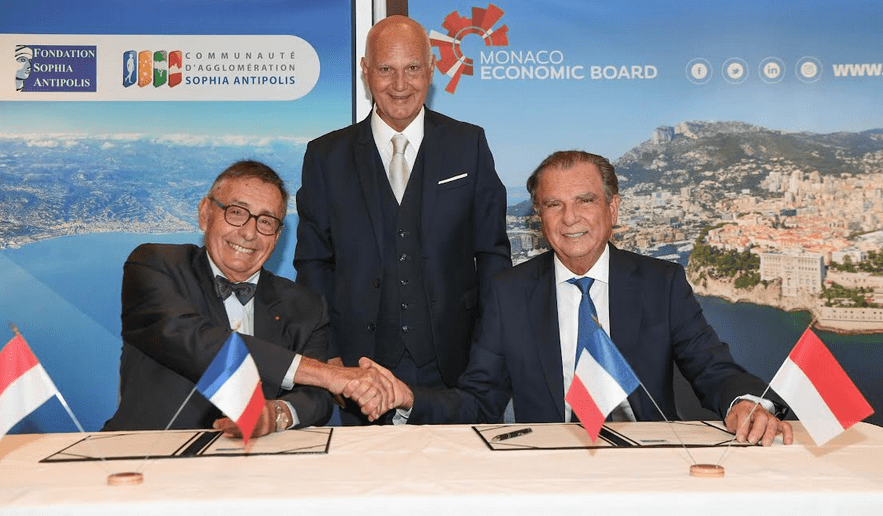 The one-day Monaco Business forum on Tuesday, October 4, provided an opportunity for the conclusion of an agreement between the Monaco Economic Board and the Sophia Antipolis Foundation.

Sophia Antipolis claims to be Europe’s leading technology park with its 2,500 companies and 40,000 employees, mainly dedicated to innovative sectors in health and biotech, yachting and bluetech, cybersecurity, smart vehicles and mobility.

Michel Dotta, President of Monaco Economic Board, and Jean-Pierre Mascarelli, Chairman of the Foundation, signed a protocol between the two entities. This is in line with agreements signed during two previous editions of the show with the CCI Nice Côte d’Azur and the Ligurian Chamber of Trade.