Macron warns sacrifices will be needed as tough winter looms 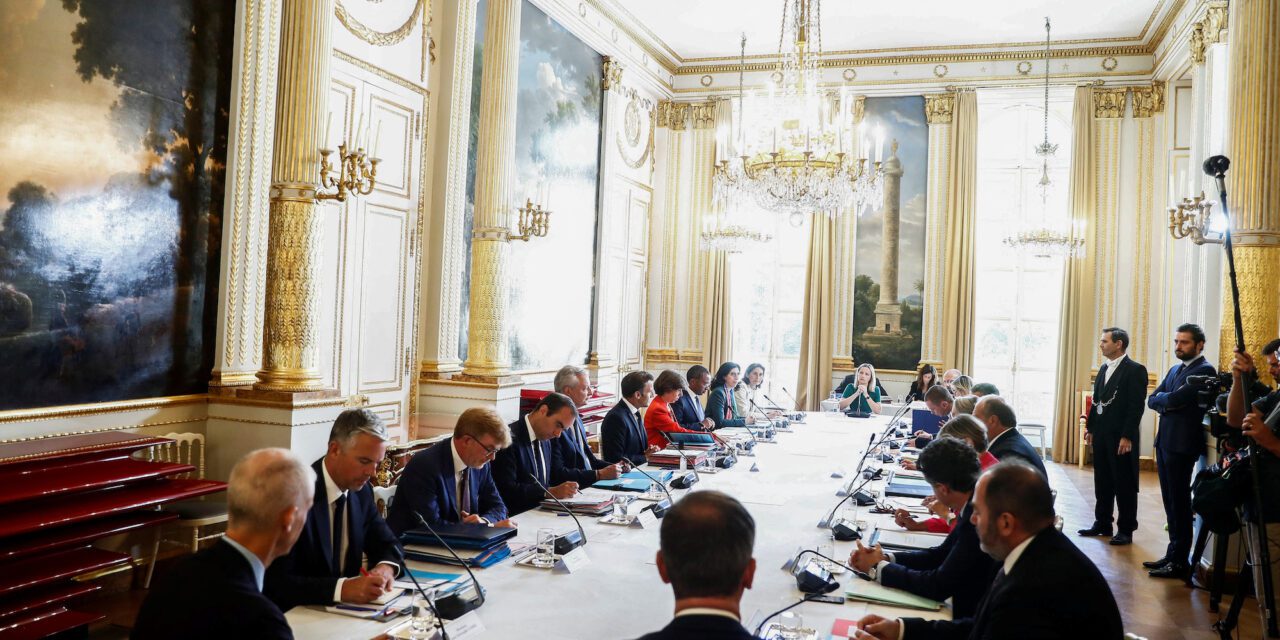 By Dominique Vidalon and Elizabeth Pineau

PARIS (Reuters) – President Emmanuel Macron told the French on Wednesday there were tough months ahead as “freedom has a cost”, with his government warning that there may be increases in energy prices as the war in Ukraine grinds on.

However, unions rejected his call for sacrifices to be made, saying workers needed higher pay to cope with rising inflation.

Macron said people were living through a series of crises, with the extreme temperatures, fires and drought of the past weeks, the Ukraine war and disruptions to global trade.

Addressing the first cabinet meeting since the summer break, Macron said the world faced the end of an easy abundance of goods and resources and “of a certain carefreeness”.

“Freedom has a cost,” Macron said, urging his ministers to be ambitious and the French to accept new measures. “The battles we have to fight … will only be won through our efforts.”

In the coming weeks his government will have to decide whether to renew price caps on electricity and gas that expire at the end of the year, and maintain a fuel rebate, which together have helped keep French inflation lower than many European peers but weigh heavily on public finances.

France could not maintain energy price caps to help households cope with soaring inflation forever, government spokesman Olivier Veran said after the cabinet meeting. “There may be price increases,” he said.

Pension and unemployment benefit schemes reforms are also in the works and could trigger street protests.

Macron, who won a second presidential mandate in April but lost his majority in parliament, faces tough challenges, including persuading lawmakers to pass the 2023 budget.

The government will present legislation in September to speed up energy infrastructure projects and hammer out a short-term plan to secure energy supplies for the winter, Veran said.

France is also working on an “energy restraint plan” that would ask all citizens to commit to a “hunt for waste”, such as turning off lights when leaving offices, Macron said in July.

France is less reliant than some neighbours on gas imports from Russia, which account for about 17% of its gas consumption. But concerns about supply from Russia nevertheless remain.

Philippe Martinez, the head of the CGT labour union, told BFM TV after Macron’s comments that protests in September would call for measures to boost wages and limit price increases.

“We will stand up against these new sacrifices,” he said. His union has called for a day of nationwide strikes on Sept. 29.

Philippe Gosselin, a lawmaker for the opposition conservative Les Republicains, said Macron needed to press ahead with reforms after a few slow months following his election.

“Since the legislative elections, in fact, there has been no real direction,” Gosselin told Reuters.