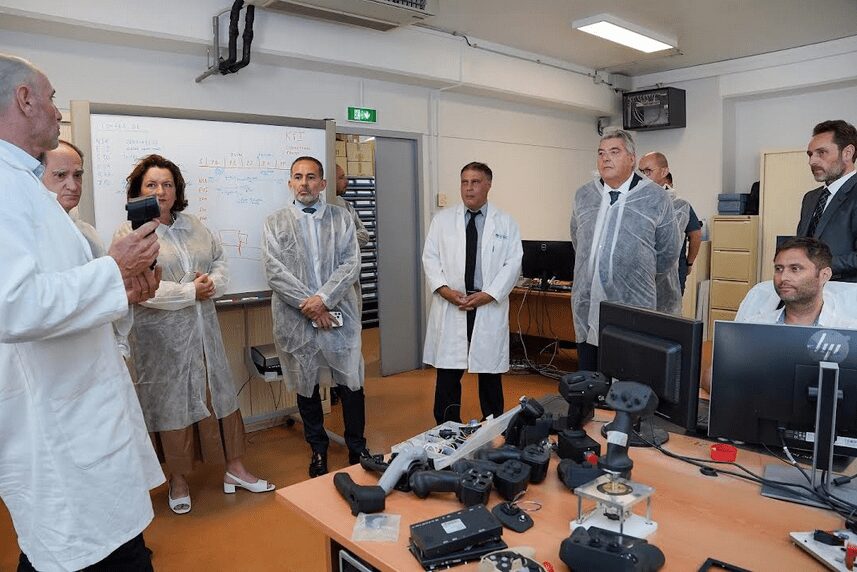 Minister of State Pierre Dartout on Monday continued his visits to Monaco enterprises by calling in at Atoms, another example of a high-tech company based in Monaco that has a huge impact on a range of industries.

Accompanied by Minister of Finance and Economy Jean Castellini, Mr Dartout was impressed by the agility, flexibility and innovation that are the driving forces of this company.

Atoms is a European leader in its sector of human/machine interfaces, with aeronautical, and maritime and land-bases applications. The company describes itself as a manufacturer of joysticks controllers, control grips, trackballs, master controllers, pedal controllers and optical encoders.