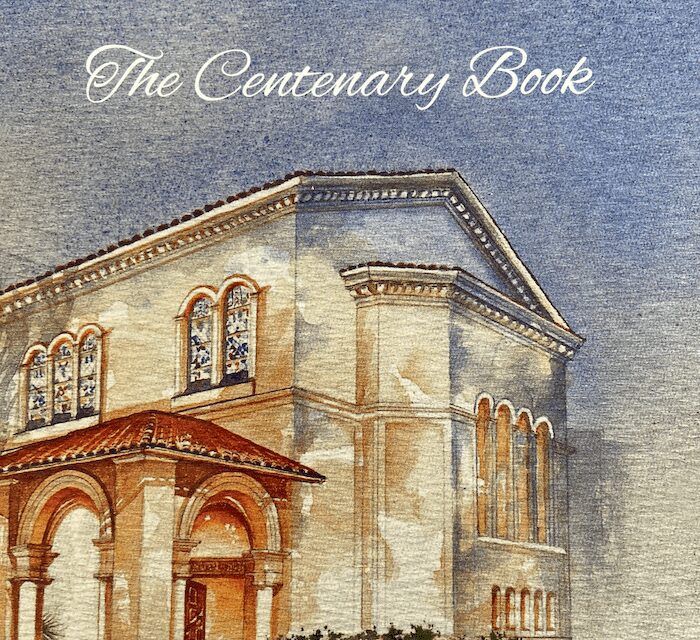 Long-term Monaco resident Dani Carew is a successful author with several novels to her credit. So it was not a surprise when she took on the task of compiling a history of one of Monaco’s landmarks, the Anglican Church of Saint Paul’s in Monte-Carlo.

As the church is celebrating its 100th anniversary this year, as are several other Monaco institutions, including two of its biggest banks. The year 1922 also marked the death of HSH Prince Albert 1. As always, the history is fascinating and often surprising.

The Anglican Church in Monaco pre-dates that year, with the building of Saint Cyprian’s Church, which opened in 1888 on ave. de Villaine in Beausoleil. A banker and Vice-Consul of Great Britain in Monaco, a Mr Edward Smith, funded the project.

The church was pulled down in 1914 and from 1917 until 1920 church services were held at the Metropole Hotel as well as at the Grand Hotel.

A legacy from Mr Frank Pratt-Barlow of £1,500 – now worth 1.2 million – formed the basis of an appeal to build a new home for the Anglican community and a site was donated by the Prince in 1923, with the stipulation that if no services were held for 12 months the site would revert to the Principality.

Following the consecration of the Church in 1925 the avenue des Fleurs was renamed avenue de Grande Bretagne. This, of course, was a natural home for the bust of Winston Churchill erected following the Second World War a hundred metres or so from Saint Paul’s.

Interestingly, a bell tower included on the original design was not permitted.

As a side note, the Library below the church was initiated by Baroness Orczy, the author of The Scarlet Pimpernel. The baroness had a strong personal interest in the church.

However, it was not just illustrious, rich and international figures who contributed to the life of the developing church.

The Ametis family became involved in 1898, at the church in Beausoleil, where Marius Ametis became the first Sacristan. The family’s incredible contribution to the daily life of the church continued for more than a century. Maurice Ametis took over, at the age of just 19, from his father in 1936, and on his death in 1993 his widow, France, continued in the role until 2012. It was a dedication to Saint Paul’s that spanned three centuries and totalled 114 years.

Maurice Ametis, left, with members of the clergy

Dani Carew has made a positive contribution to our knowledge and understanding of Saint Paul’s Church and its place in the wider community.

A strong Christian, she is a great advocate of overcoming adversity by embracing change. As she says on her website (danicarew.com), every ending means a new beginning. There have been many changes over the years at Saint Paul’s Anglican Church but there is constancy in the devotion of all those who have contributed to its story, Dani Carew being at the forefront.

The Centenary Book is available for a small donation which is then donated  to a charity.