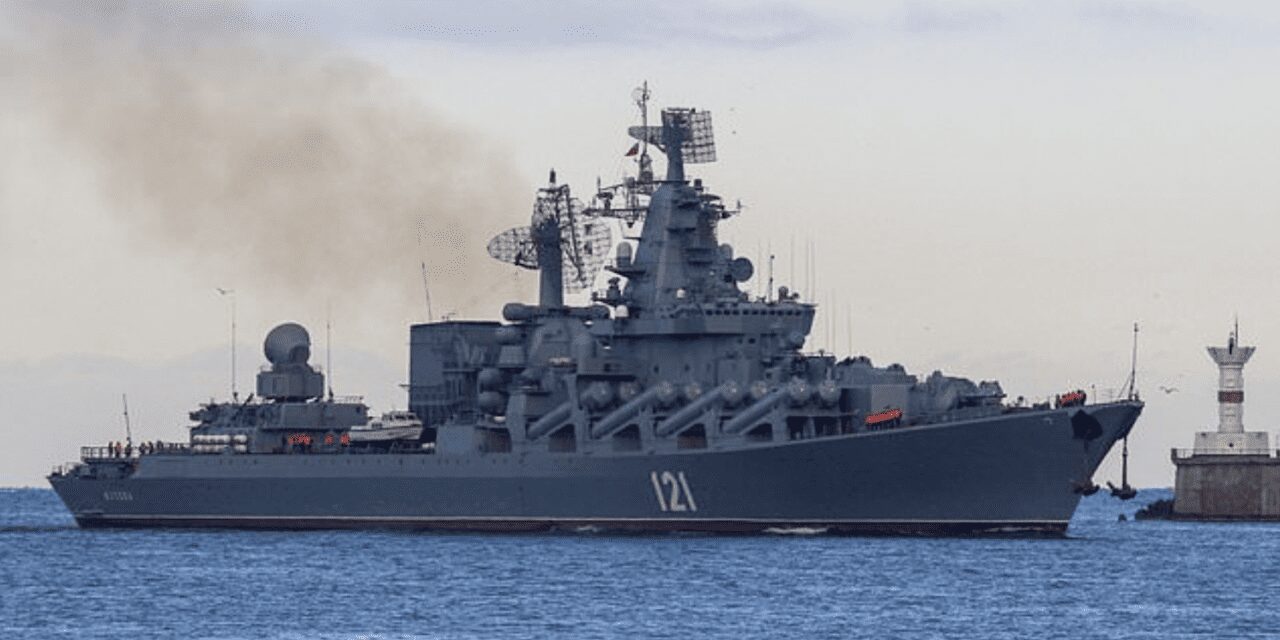 Thursday, April 14, 23:30: (Reuters) – Russia’s lead warship in the Black Sea sank on Thursday, Russia’s defence ministry announced, after what Ukraine said was a missile strike and Russia described as an explosion of ammunition on board. Earlier in the day Russian news agency staff Tass had quoted the defence ministry as saying: “The source of fire on the cruiser Moskva is localised. There is no open fire. Explosions of ammunition have been stopped.”

* The governor of Kharkiv region said four civilians had been killed and 10 wounded in Russian shelling of Kharkiv city.

* A second village in Russia’s Belgorod region has come under fire from Ukraine, the regional governor said.

* Russian officials said Ukrainian helicopters had hit residential buildings and injured seven people in the Bryansk region, the latest of a series of cross-border attacks that Moscow has said may trigger a retaliatory attack on Kyiv.

* Russian aviation has destroyed seven military facilities in Ukraine in the past 24 hours, including an artillery missile depot, Interfax news agency quoted Russian defence ministry as saying on Thursday.

* Ukraine says nine humanitarian corridors have been agreed for Thursday to evacuate civilians from eastern cities including Mariupol.

* A U.N. committee said the lives of some 2.7 million people with disabilities are at risk in Ukraine, citing reports that many are trapped or abandoned in their homes, care centres and orphanages without basic supplies or medicines.

* One of Russian President Vladimir Putin’s closest allies warned NATO that if Sweden and Finland joined the U.S.-led military alliance then Russia would deploy nuclear weapons and hypersonic missiles in an exclave in the heart of Europe.

* The threat of Russia potentially using tactical or low-yield nuclear weapons in Ukraine cannot be taken lightly, but the CIA has not seen a lot of practical evidence reinforcing that concern, CIA Director William Burns said.

* President Joe Biden said top U.S. officials are deciding soon whether to send a senior official to Kyiv in a show of support for Ukraine.

* Britain sanctioned two close associates of Chelsea owner Roman Abramovich in response to Russia’s invasion of Ukraine, saying it was the largest asset freeze ever imposed by the government.

* Putin said that Moscow would work to redirect its energy exports eastward as Europe tries to reduce its reliance on them.

* Payment for Russian gas in roubles by European Union buyers as demanded by Putin would break the EU’s sanctions regime against Moscow, an internal European Commission note said.

“We are finding terrible things: buried and hidden bodies of people who were tortured and shot, and who died as a result of mortar and artillery fire,” said Andriy Nyebytov, head of Kyiv region police.