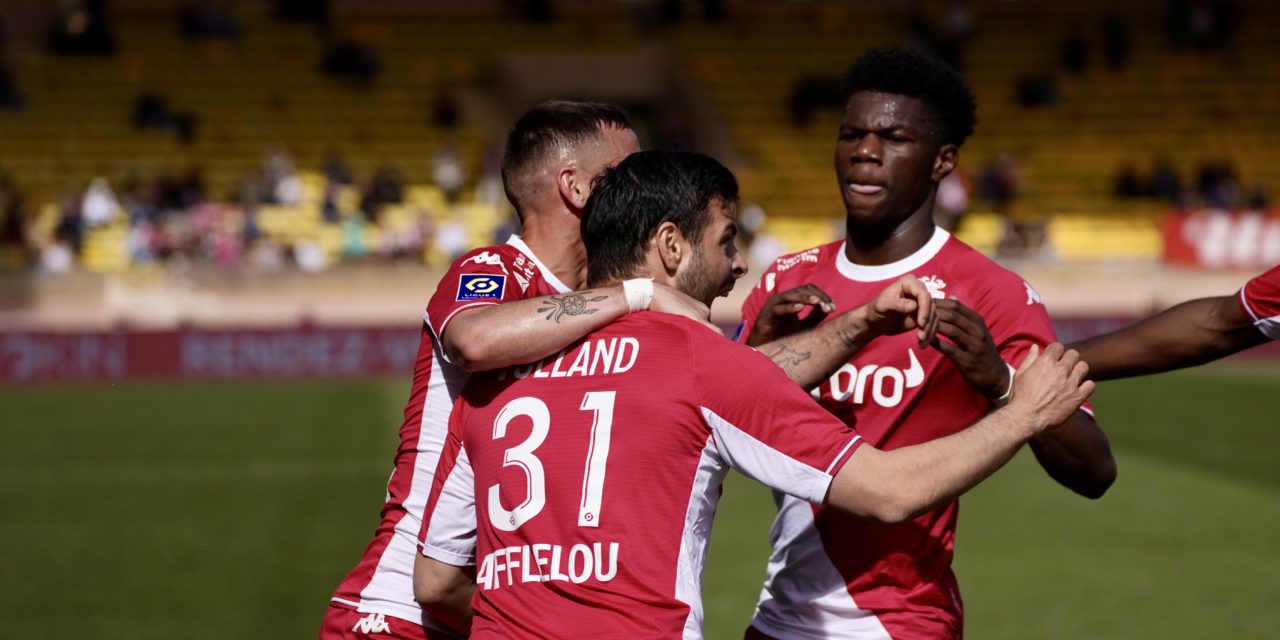 AS Monaco have consolidated their position in the fight to return to European football next year, as the Monegasques banded together to triumph over Troyes in a regular Ligue 1 fixture at the Stade Louis II on Sunday, April 10.

Seemingly in control from kick-off, Monaco were the first to score, and more specifically it was defender Ciao Henrique who scored the first goal at only the 19th minute.

On the other side of the defensive line, Ruben Aguilar conceded a yellow card, and thereafter some back and forth action eventually resulted in a goal for the visitors before the first half could conclude. Troyes’ Ike Ugbo managed to find the back of Monaco’s net at the 38th minute, bringing the scoreline to a level 1-1.

However, Monaco did not waste too much time in retaliating upon returning from the locker room for the second half of the match.

Monaco’s Myron Boadu was substituted off at the 57th minute, and was replaced by Kevin Volland, who made an instant impact on the pitch.

Just 10 seconds after being substituted on, the German striker stunned the visitors with a lightning quick goal, which was assisted by the accurate Aleksandr Golovin. A sharp example of attacking play straight off the bench saw Monaco regain the lead, with the score standing at 2-1 to the hosts all in the 57th minute.

Monaco’s defensive line defended the slight lead vigorously for the lengthy remainder of the match, and when the fixture did finally conclude, Monaco walked away with a 2-1 victory and three crucial points.

After that win, Monaco temporarily occupy sixth place in the Ligue 1 table, just a couple of points away from where they need to be to compete in European football next season.

Monaco’s next opponents will be Rennes, a team that has surprised everyone by climbing up to second in the table, just below the Parisian giant’s who sit untouchably in first place. The match will be played away and will begin at 21:00 on Friday, April 15.

Featured image courtesy of AS Monaco, Kevin Volland celebrates his rapid contribution to the match