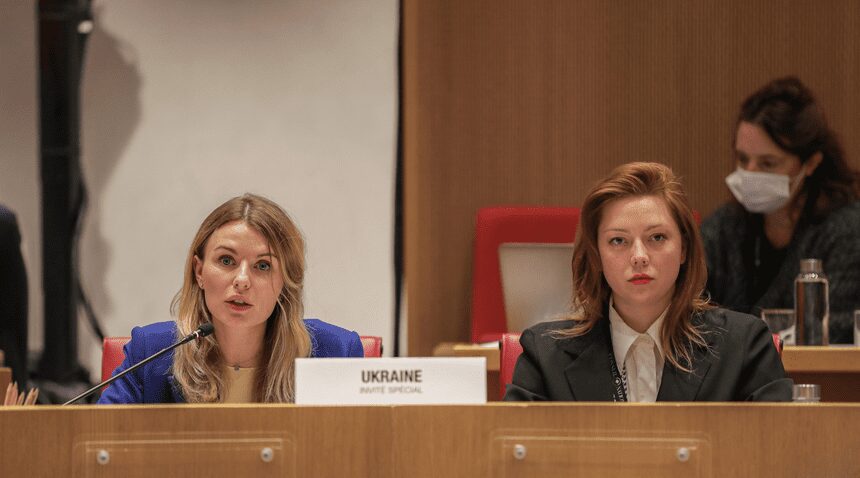 The National Council and members of the Parliamentary Assembly of La Francophonie (APF), meeting in Monaco on Monday, expressed their full solidarity with Ukrainian parliamentarians following the Russian invasion of their country.

Jean-Charles Luperto, Project Manager for Europe at the APF, had invited two Ukrainian parliamentarians to the National Council, and they were joined by Rouslan Stefantchouk, the Speaker of the Ukrainian Parliament (the Rada, live by videoconference).

The visiting parliamentarians spoke at length about the reality of the Russian invasion and its dramatic repercussions on the Ukrainian people. They expressed their gratitude for the support provided to Ukraine by APF member countries and called for the strengthening of solidarity with the Ukrainian people.

President of the National Council Stéphane Valeri reminded his counterpart in Kyiv that the elected Monegasques are deeply attached to the values of sovereignty of each state, democracy and freedom. Mr Valeri pointed to the position set out by HSH Prince Albert, who has firmly condemned the invasion of Ukraine, expressed his full solidarity with the Ukrainian people and supported calls for an immediate ceasefire.

President Valeri said that more than 1.5 million euros in humanitarian aid has been collected by the Monaco Red Cross for the victims of the conflict. The Ukrainian parliamentarians warmly thanked all the delegations for their support.