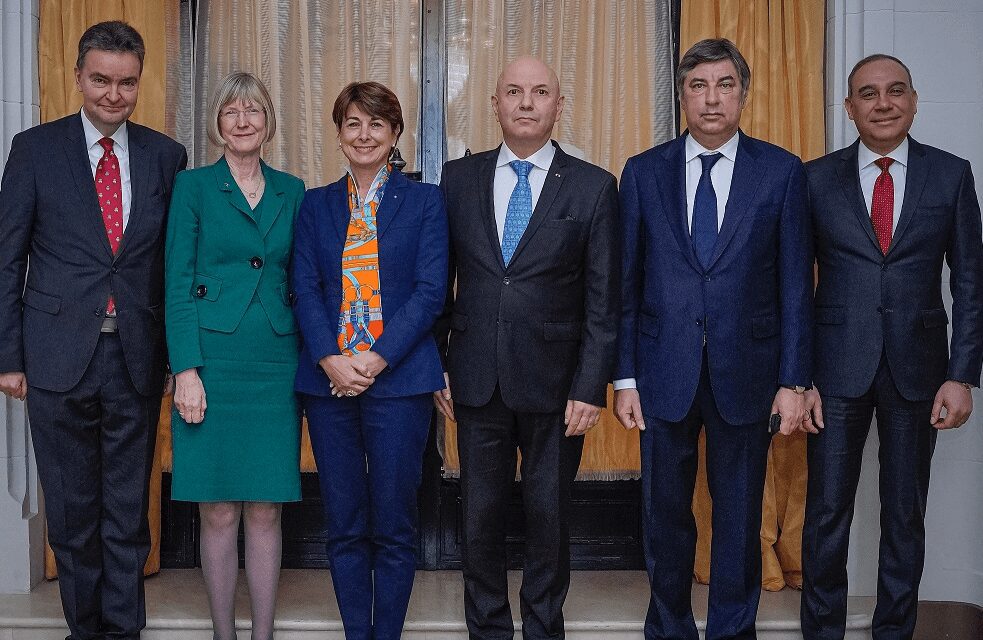 The usual formality by which newly-appointed ambassadors present their credentials to HSH Prince Albert on taking up their roles was brought into sharp focus this week when Ukraine’s new ambassador was among their number.

HE Mr Vadym Omelchenko has twice served as an advisor to the Speakers of the Ukrainian Parliament. He also led a group of advisers to the Deputy Prime Minister of Ukraine on economic reforms and served as a consultant to the Parliamentary Committee on Combating Organised Crime and Corruption. Since 2020, he has been the permanent delegate of Ukraine to UNESCO.

At the lunch that followed the formalities, the conflict in Ukraine was discussed and the Monegasque authorities renewed their support for the Ukrainian people, emphasising that, since 2014, the Principality has called for respect for the sovereignty, independence and territorial integrity of Ukraine within its internationally recognised borders.

Other ambassadors who took part were from Australia, Hungary, and Egypt.