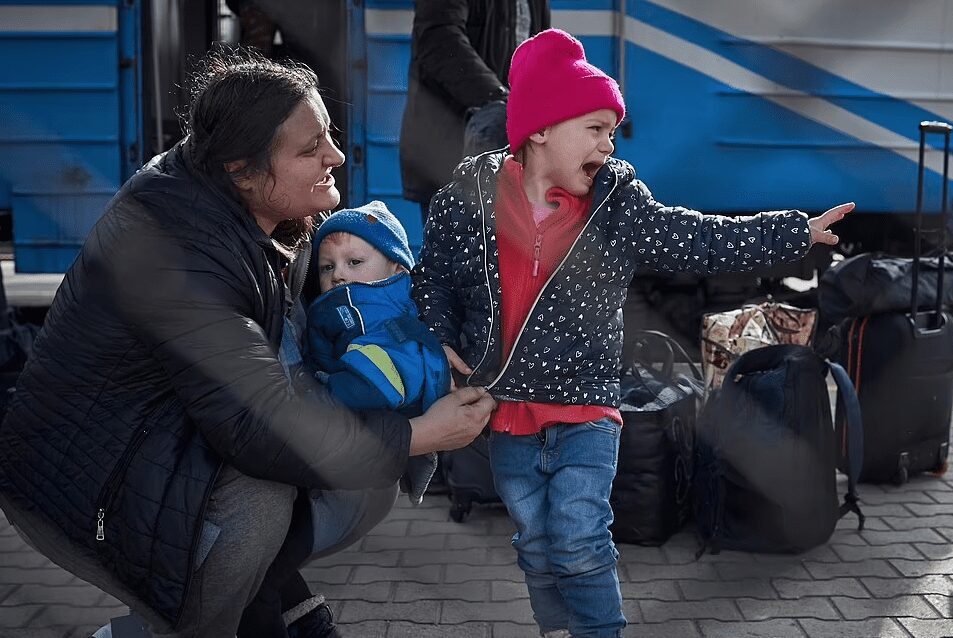 It has been the most terrible week in the history of Europe in more than 70 years, since the final moments of the Second World War. The disbelief and horror at events in Ukraine have crossed all barriers, all borders, and almost all divisions.

As many as 400,000 refugees have already crossed into neighbouring EU countries, and many more are expected to follow in the coming days, possibly totalling four million people. Some of the women and children have been waiting on the Ukrainian side of the border for more than 24 hours.

It is believed that the Monaco Red Cross will announce it will be providing much-needed assistance to refugees.

The Saint Paul’s Anglican Church is considering making a donation from its contingency fund.

Arthur Reynolds, who has farming interests in Hungary and has been driving from Monaco to Hungary since 1992, is offering to transport essential humanitarian supplies to the Hungarian-Ukrainian border. He told Monaco Daily News that he had made his van available and this would depart from Monaco early in March.

“We normally travel to Hungary at this time of year, carrying seeds and equipment, but given this emergency the van can be used to take much-needed supplies. We will delay our usual trip to allow this to happen. We previously sent 1,500 pairs of shoes from Monaco to Hungary in this same van after an environmental disaster.”

Mr Reynolds said that he can also arrange for bigger trucks through a friend in Budapest who owns a very large European transport operation.

“This tragedy is unfolding more than 70 years after the Berlin airlift, when I was just a toddler,” he added.

“The refugees are mainly women and children who’ve been waiting for hours and sometimes days to cross the border. They will need basic supplies, not so much outer clothing which they already have, but baby foods, toiletries and under garments, tooth brushes, tooth paste, baby soap, baby shampoo, small warm clothing, no large clothing, ski hats, socks, clean sheets and so on. No large toys please. The object, at the moment is to supply a change of clothing and bedding.”

Items should be new, or cleaned and washed and as compact as possible. Donations can be brought each morning from Tuesday, March 1, until at least next Friday, March 4, from 10:00 until 16:00 (only within these times, please), to the front door of Saint Paul’s Church, 22 ave de Grande Bretagne.

The UK’s Daily Mail has launched an appeal, which can be found at: https://www.dailymail.co.uk/news/article-10555633/War-Ukraine-120-000-desperate-women-children-flee-Mail-Sunday-launches-urgent-appeal.html