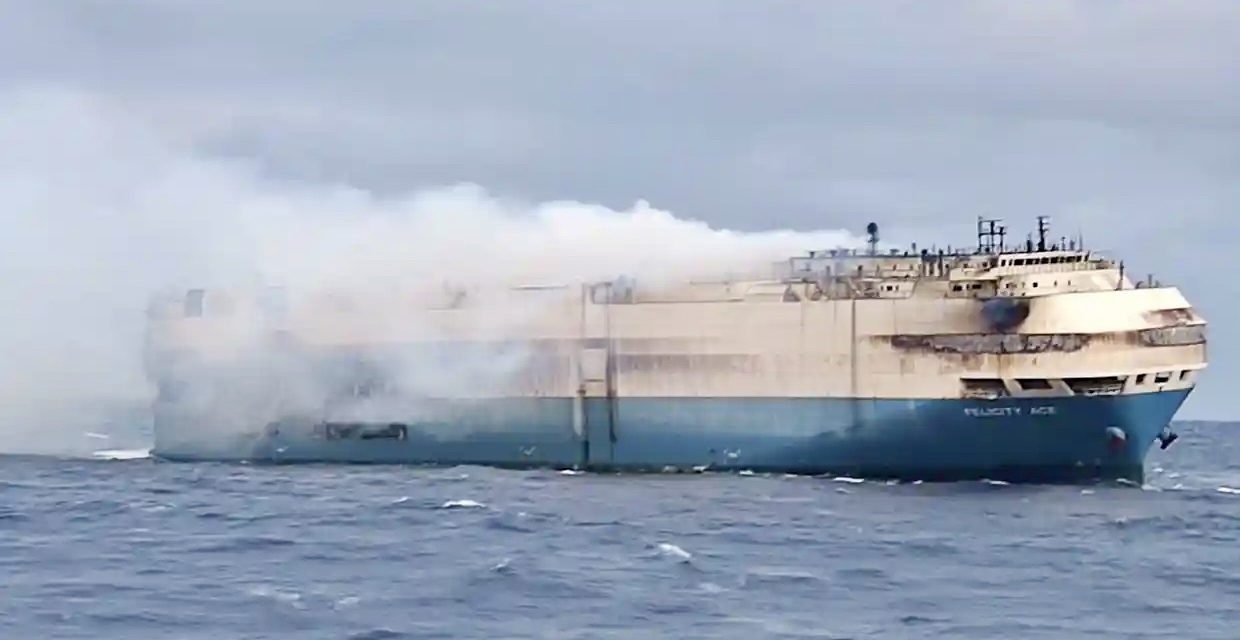 Last week, NEWS.MC reported on the Felicity Ace fiasco, involving a 656-foot cargo ship that caught fire near the coast of the Azores with some very valuable cargo on board.

The ship is believed to still be very much on fire and adrift in the Atlantic with over 4,000 cars onboard, and new estimates from insurance company Russell have painted the picture of just how expensive this fire is.

In a press release on Monday, February 21 Russell stated that “The total dollar value of goods on the ship is estimated to be $438 million and of that an estimated $401 million was for cars and goods vehicles according to Russell’s analysis.”

An eye watering sum indeed, and one that is almost hard to get your head around, but the 189 Bentleys onboard are worth 30 million dollars alone. The burning Bentleys are joined by 1,100 Porsches and an undisclosed number of Lamborghinis, so it becomes easier to fathom how Russell reached their estimations.

The Russell Group’s managing director, Suki Basi, stated that “These figures showed once again the precariousness of global supply chains. The incident comes at a bad time for global carmakers who are in the middle of a supply chain crisis sourcing semiconductors, resulting in new delays for new cars. An event like this will not do a great deal in instilling trust with consumers.”

The Volkswagen group, which owns Porsche, Lamborghini, Audi and Bentley is expected to be hit with at least 155 million dollars in losses.

Felicity Ace was travelling from Emden, Germany, where Volkswagen has a factory, to Davisville in Rhode Island, and these cars were destined for the US market.

The silver lining here is that all 22 crew members of the Felicity Ace were rescued by the Portuguese navy.