The Monte-Carlo Opera will perform ‘Il Corsaro’ on Tuesday, December 14, from 20:00 in the Salle Yakov Kreizberg in the Auditorium Rainier III.

Il Corsaro is a tragedy in three acts, that is accompanied by the music of Giuseppe Verdi. Verdi’s music will be performed by the Monte-Carlo Opera and the Monte-Carlo Philharmonic Orchestra.

The concept and choreography of the performance is courtesy of Walter Matteini & Ina Broeckx. See Hamlet for yourself below:

Both Performances will be held in the Salle Garnier of the Monte-Carlo Opera.

Discover more about these performances on the Monte-Carlo Ballet website.

The Life Aquatic with Steve Zizzou

The Audiovisual Institute of Monaco presents a screening of the 2005 American film ‘The Aquatic Life with Steve Zizzou’.

The film is directed by Wes Anderson and will be screened in its original version with French subtitles.

The screening will begin at 20:00 at the Théâtre des Variétés on Tuesday, December 14.

Discover more about the screening on the ‘Tout L’Art du Cinema’ website.

The Monte-Carlo Ballet is back this week with another show, this time titled ‘Ce Que Le Jour Doit A La Nuit’ or what the day owes to the night.

Discover more about these performances on the Monte-Carlo Ballet website.

The performance will begin at 20:30 at the Princess Grace Theatre on Thursday, December 16.

Discover more about the performance on the Princess Grace Theatre website.

The Drama Group of Monaco will be performing Patrick Barlow’s modern pantoesque adaptation of the story by Charles Dickens ‘A Christmas Carol’ on Thursday, December 16 at 20:30 in the Salle Des Variétés in Monaco.

The Monte Carlo Philharmonic Orchestra presents a special Christmas concert in the Monaco Cathedral from 16:00 on Sunday, December 19.

The concert will feature the Petits Chanteurs de Monaco directed by Pierre Debat alongside Olivier Vernet on the organ.

Entrance to the concert will be free for all, but limited seating is available. 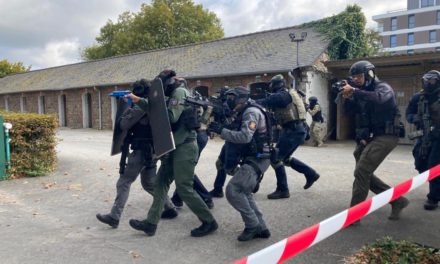