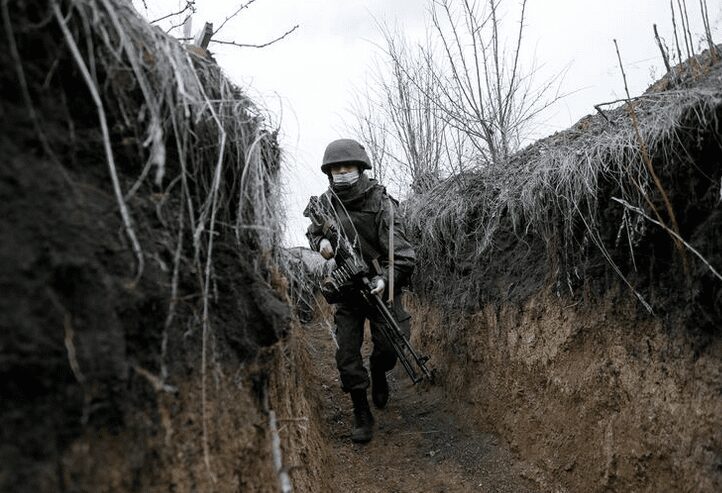 The new German administration delivered a strong message to Moscow on Monday when Berlin blocked the inauguration of the Nord Stream 2 pipeline.

The pipeline would bring gas directly to Western Europe under the Baltic Sea, by-passing Ukraine and cutting its transit income.

The German move would appear to bring an end to the country’s automatic accommodation of Russian expectations, which are based on the hard reality that Russian gas accounts for more than a quarter of western Europe’s energy needs.

Gas prices spiked sharply after the announcement from Berlin, although it came in the form of a new administrative requirement for Gazprom to form a subsidiary under German law, constituting a delay rather than a cancellation.

In the meantime, a top Kremlin official threatened armed conflict if NATO did not agree to stop its eastward expansion in its tracks.

Sergei Ryabkov, the deputy foreign minister, made the first explicit warning of potential military action since the Kremlin moved at least 90,000 troops to the border with Ukraine, the UK’s Times reported on Monday.

“A lack of progress towards a political, diplomatic solution to this problem would mean that our response will be military and military-technical,” Ryabkov said in an interview with RIA Novosti, the Russian state news agency.

Ryabkov added that Russia would deploy weapons that were previously banned under the Intermediate-Range Nuclear Forces Treaty, which expired in 2019.

The dangers of a Russian invasion of Ukraine remain very real indeed and, to say the least, cast a huge shadow over the festive season as it approaches. Coronavirus will appear to be a very small problem if it comes to pass.

A Russian attack will take place most likely on the pretext of defending the large ethnic Russian population of eastern Ukraine, but with the strategic purpose of extending Russia’s zone of influence, as the Great Game continues with deadly intent.

FILE PHOTO: A militant of the self-proclaimed Luhansk People’s Republic (LNR) walks in a trench at fighting positions on the line of separation from the Ukrainian armed forces in the settlement of Donetskyi in Luhansk Region, Ukraine April 8, 2021 Reuters